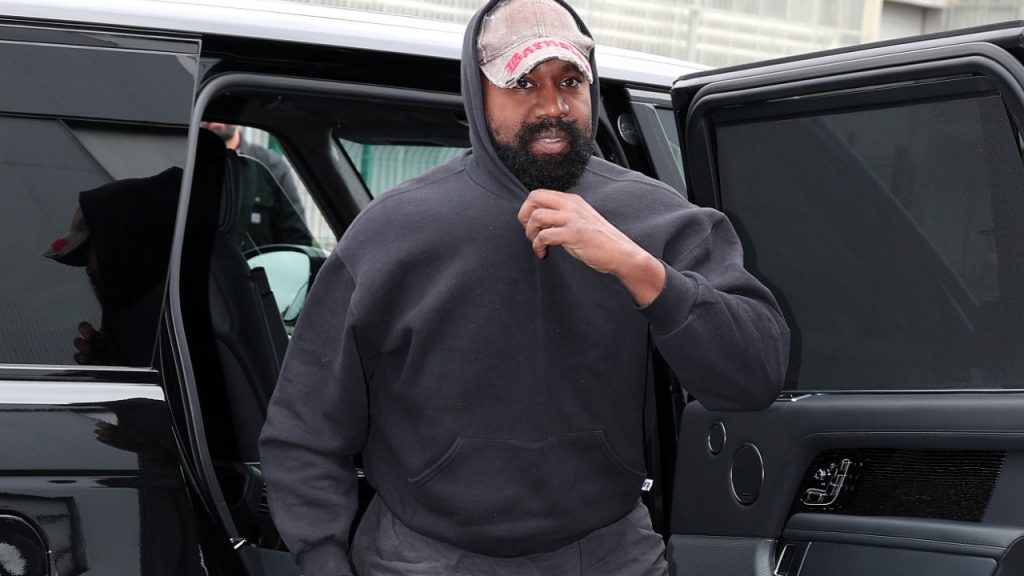 Kelly Ripa and Ryan Seacrest Celebrate 5 Years Together on ‘Live…

Selena Gomez Responds to ‘Disgusting’ Online Hate After Hailey B…

‘The Rookie’s Nathan Fillion and Jenna Dewan Detail Their Charac…

George and Amal Clooney on Importance of Bringing Attention to I…

Family full of fashion! Kanye “Ye” West had his four kids on hand as he attended the Balenciaga spring/summer fashion show on Sunday in France. The 45-year-old rapper arrived with his and Kim Kardashian‘s children, Saint, 6, Chicago, 4 and Psalm, 3, prior to the start of the show.

The rapper, who goes by “Ye,” entered the show with his three youngest children, rocking his signature hoodie, pants, Yeezy boots and hat combo. The “Donda” rapper’s children each showed off their own individual style.

Saint channeled his father is a cream hoodie, which was paired with a black jacket and pants. Like his dad, Saint rocked a distressed cap.

Inside the show, Kanye surprised the crowd when he took the runway. The GRAMMY-winning rapper opened the presentation — which was held on a muddy runway. Kanye made his grand entrance, stomping down the muddy runway in a security jacket that was draped over a black hoodie.

Bella Hadid was another famous face to walk during the show.

Kanye’s fashion-filled outing with his kids comes a week after they joined their mother, Kim Kardashian, in Milan for the Dolce & Gabbana show featuring her “Ciao Kim” collection. The Kardashians star collaborated with the fashion house for a collection inspired by 90s and early 00s fashion.

Following the event, the 41-year-old had a hilarious moment as she tried to make her way into the car from the after party.

Kanye West Relates to UK Mourners: ‘I Lost My Queen Too’