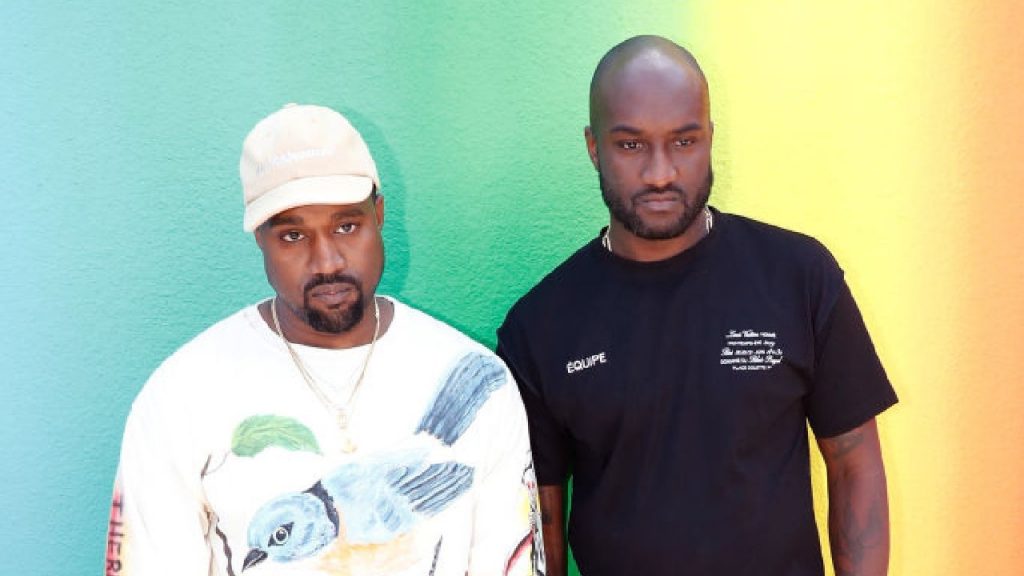 Kanye West is remembering his longtime friend and former creative director, Virgil Abloh, who died Sunday after a two-year battle with cancer. He was 41.

West dedicated his Sunday Service to Abloh, who served as the creative director at Donda, the rapper’s creative agency named after his late mother.

“In loving memory of Virgil Abloh, the creative director of Donda,” the screen read for his Sunday Service livestream.

During the service, the choir sang new lyrics set to Adele’s “Easy on Me,” off her new album, 30.

“Go easy on me, father,” the choir harmonized on the reworked chorus of the song. “I am still your child/ And I need a chance to/ Feel your love around.”

West had been a big supporter of Abloh over the years, most notably breaking down in tears after Abloh presented his first menswear collection for Louis Vuitton at the garden of the Palais-Royal during Paris Men’s Fashion Week in 2018. It was a monumental moment for the designer, who was hired as LV’s menswear artistic director that same year, making the Off-White founder the first Black designer to be at the helm of the French maison.

The two pals, both Chicago natives, began working together in 2002, and in 2010, Abloh was named creative director at Donda. Adding to his resume, Abloh earned a GRAMMY nomination after directing West and JAY-Z’s album, Watch the Throne, in 2011, and during the LV show, the designer also used West’s song, “I Thought About Killing You.”

Abloh’s family shared the news of his tragic passing Sunday morning, revealing that the designer had died following a private battle with a “rare, aggressive” form of cancer called cardiac angiosarcoma. The family noted that Abloh chose to keep his diagnosis private while he continued his work in the world of fashion.

“For over two years, Virgil valiantly battled a rare, aggressive form of cancer, cardiac angiosarcoma. He chose to endure his battle privately since his diagnosis in 2019, undergoing numerous challenging treatments, all while helming several significant institutions that span fashion, art, and culture,” his family shared in a statement.

“Through it all, his work ethic, infinite curiosity, and optimism never wavered. Virgil was driven by his dedication to his craft and to his mission to open doors for others and create pathways for greater equality in art and design,” the message noted. “He often said, ‘Everything I do is for the 17-year-old version of myself,’ believing deeply in the power of art to inspire future generations.”

His family concluded their statement by asking for privacy as they grieve Abloh while also celebrating his life and legacy.

“We thank you all for your love and support, and we ask for privacy as we grieve and celebrate Virgil’s life.”

PrevPreviousTeyana Taylor Reschedules Connecticut Show After Trip to the Emergency Room
NextAmazon Says These Are the Most Popular Holiday Toys of 2021 — Batman Play Sets, Disney, Baby Yoda and MoreNext