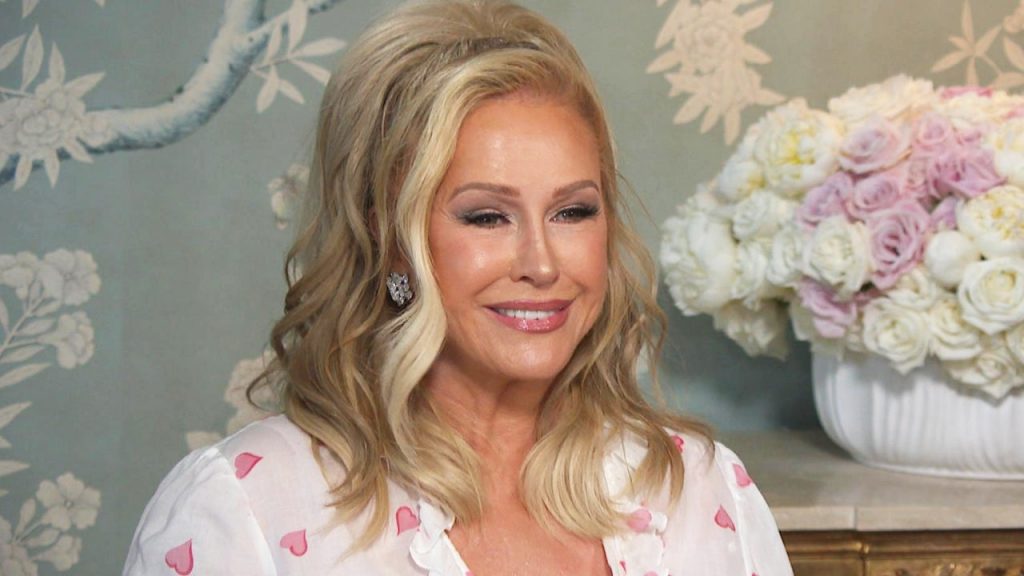 Is Kathy Hilton ready to return to the Real Housewives of Beverly Hills?

While she’s no stranger to the Bravo show, Kathy told ET’s Lauren Zima that she’s not sure what the future looks like.

“You know, I don’t know what I’m doing tomorrow,” Kathy said ahead of daughter Paris Hilton’s wedding. “I could be skiing off Mount Everest. I don’t right now. I’m just concentrating on the wedding.”

Paris got married to Carter Reum in a lavish Los Angeles wedding on Thursday. Kathy told ET that her family is looking forward to their upcoming vacation together.

“Just to clear it up, I am not going on the honeymoon,” she clarified with a laugh. “We are taking a family trip for a week and then they go off on their honeymoon.”

Back in June, she reacted to her daughters’ initial concerns over her joining the reality series, telling ET, “I know that I’m not going to go and be cursing and starting fights with people.”

“I didn’t understand why they would be so concerned,” she said. “I don’t know if Paris has seen the show, because she’s been traveling, but she did send me some memes. They’re very much proud, and when they make the decision, especially Nicky, she’s not going to — she’s too proud to say, ‘Oh, it’s so fabulous,’ and whatever, and, like, that she was wrong.”

While it’s uncertain if Kathy will return to the Bravo series, the Hilton matriarch shared details of Paris’ wedding and fawned over Reum.

“He is so kind. He treats her like a lady. He’s just wonderful. He’s upbeat… His family’s wonderful… We’re a very big, happy family,” she gushed, before describing Carter and Paris’ future plans, which includes three to four children.”She’s ready to settle down, and be married, and have a partner, and start a family as soon as they’re able to.”

“They have a lot of fun together,” Kathy said of Paris and Carter. “They really enjoy each other’s company. They are in love.”

Kathy Hilton Explains Why Exactly She Was Wearing a Tablecloth