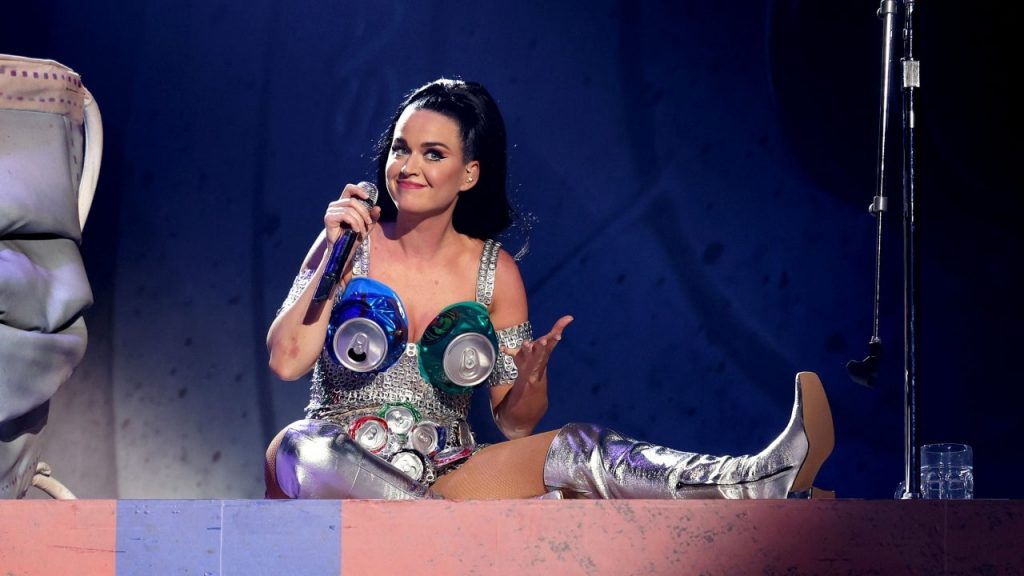 Maybe Pete Davidson just isn’t Katy Perry‘s type. While playing with the popular MASH filter on TikTok, Perry couldn’t hold back a disgusted grimace when the Saturday Night Live alum was randomly selected to be her “Lover.”

The video, of course, is all in good fun as a modern take on the nostalgic childhood paper-and-pencil game, which was supposed to predict aspects of your adult life like your future home, spouse, career and number of children.

Fans were quick to flood the comments with amused reactions, while Perry offered an apology of sorts in her caption. “No offense @KimKardashian (and Orlando?),” she wrote with a shrug emoji. Coincidentally, Davidson is currently filming Wizards! alongside Perry’s beau, Orlando Bloom, in Australia.

@katyperry No offense @Kim Kardashian ? House With A View – Cyn

Davidson wasn’t the only answer that left Perry shaken — the pop star’s jaw dropped when she drew a big number six in the kids category.

That’s not to say that Perry and Bloom wouldn’t love to grow their brood a bit. A source told ET last week that the couple is “very in love and would love to expand their family.”

“Katy and Orlando are doing really well and amazing. Their relationship is very strong and they have parenting down. They also have figured out how to balance their busy schedules, but also make time for each other,” the source said, adding that the 37-year-old singer “is obsessed with being a mom.”

Perry and Bloom got engaged back in 2019 and welcomed their daughter, Daisy Dove, the next year. When ET spoke with Perry recently, she revealed why her daughter has made her want to embark on another world tour.

“I love traveling and now I get to take my daughter and I want to have that experience once again through her eyes,” she said.

Meanwhile, another source told ET last month that Kardashian and Davidson have had conversations about the possibility of having children together after Davidson publicly stated that he would love to become a father.

“Kim’s kids think Pete is so funny, playful and adore him,” the source said. “Pete definitely wants to be a dad and him and Kim have spoken about that, but they are focused on building their relationship right now.”

Currently, that means lots of communication. “Kim supports Pete by being attentive to him, checking on him, and texting and FaceTiming him when they’re apart,” the source said. “She has her own ways of making him feel special, and she certainly makes her presence known in his life. They have insane chemistry and can hardly keep their hands off of each other when they’re together in person. Once Pete is done filming, they are hoping to take a trip together as a celebration of the project being wrapped combined with a ‘reunion.'”

PrevPreviousLenovo Back to School Deals 2022: Save Up to 67% on Laptops, Tablets and More
NextBrittney Griner Found Guilty: Everything to Know About Her Case in RussiaNext