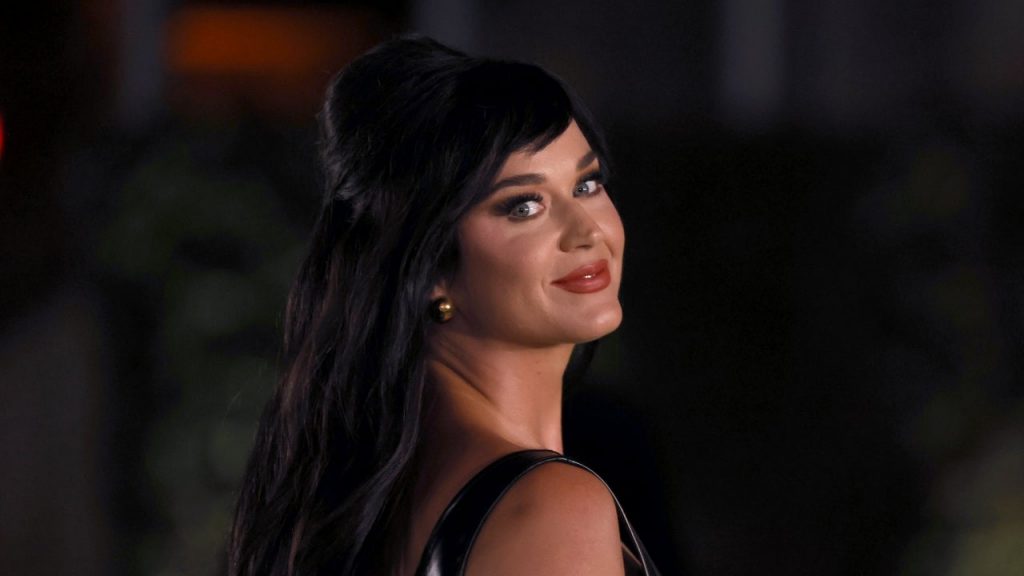 Katy Perry and Daisy Dove have quite the morning routine.

The “Roar” singer opens up about her and her 1-year-old daughter‘s daily rituals, sharing details about her meditations, beauty and exercise routine and more.

“Well, the first thing I do when I wake up is a little tiny verbal ritual. I do it every single morning. I say to myself out loud, ‘Thank you, God, for today. I am grateful for every day,'” she shares in the WSJ series My Monday Morning. “Then I try to start my day out with my daughter, playing and having some floor time with her. Reading some books. It usually varies what time we’re waking up, 7 or 8 a.m.”

She adds that sometimes she gets to sleep in and fiance Orlando Bloom “takes her until 9, which is super. But we do breakfast together.”

“We always start the day by listening to ‘Lovely Day,’ by Bill Withers. Daddy and I, we drink a couple strange drinks or healthy concoctions in the morning before we cram in our coffee,” she continues. “We drink a Niacin flushing drink, which makes us all red and gets the blood moving. Sometimes we’ll have celery juice, it just gets the movements going. We need all the help we can get.”

The American Idol judge has been spending time in the gym as she prepares for her upcoming residency at Resorts World in Las Vegas, but it can be a struggle at times.

“My exercise routine is being half late to the workout because I hate working out. I’m always like, ‘I’m so late, too bad I can only do a few things,'” she jokes. “The guy who works me out is like, ‘Yeah, right.'”

“Right now, I’m gearing up for a big residency at the end of the year in Las Vegas, so I’m back in the gym about three to five times a week, but really it is about strength training and weights,” Perry notes, adding, “We also like to hike. Orlando has one of those hiking backpacks that we can pop Daisy into; she loves it.”

Perry and Orlando have been dating on-and-off since 2016. They welcomed daughter Daisy Dove in August 2020. The actor, meanwhile, is also father to 10-year-old son Flynn, whom he shares with ex-wife Miranda Kerr.

Perry and the model have a great relationship, with the singer leaning of Kerr’s beauty products to get her through her morning routine.

“I have my certain potions and lotions, for sure, but I actually love Kora Organics, which is a line that Orlando’s ex-wife, Miranda made. She has this turmeric moisturizer that I swear by,” Perry shares. “I just incorporated it into my life in the past year…once I find products they’re staples for decades. I use that a lot, but [Orlando and I] like to do steaming, sauna, cold plunges. We really like to wake up the self. We really like to take care of our telomeres, you know what I’m saying?”

ET spoke with Perry in October, where she also shared an update on her daughter and revealed Daisy’s favorite word.

“She is talking, but she thinks everything is a cat,” Perry said. “… When a person will walk in she will say ‘Hi, gato!’ I don’t know why she is so fascinated with cats.”

“It’s wild [because] people who love my music, they call themselves Katy Cats. She doesn’t know anything about that, she doesn’t care about any of that, but for some reason the major word in her life is gato,” she continued of the Spanish word for cat. “It feels like destiny.”

For more on Perry, see below. 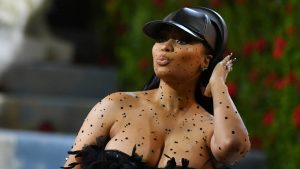 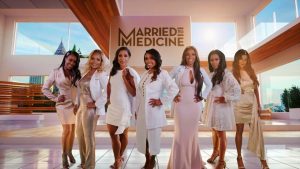