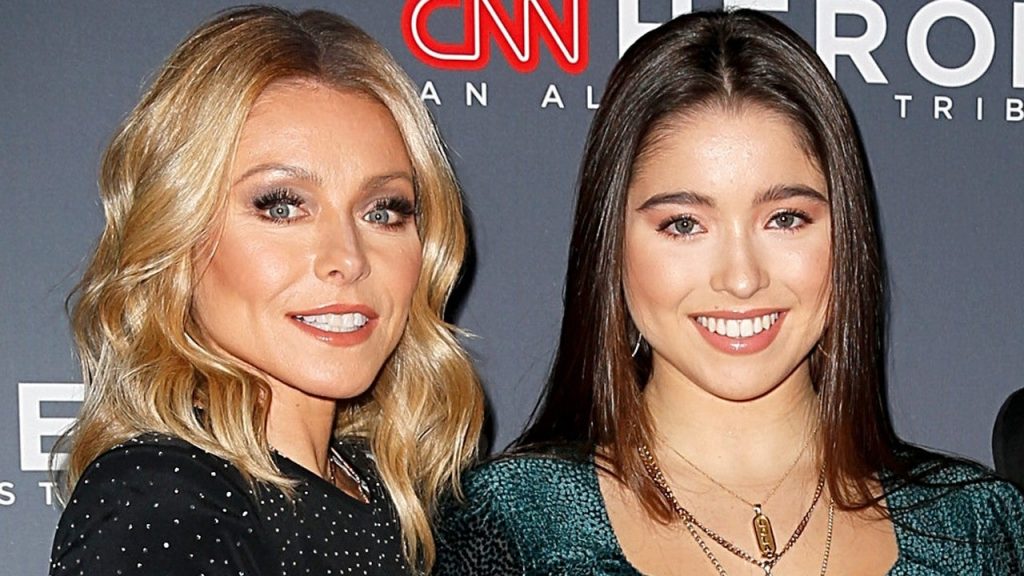 Kelly Ripa and Mark Consuelos are more than ready for the world to hear their daughter’s beautiful voice. Lola Consuelos is set to release her first single, “Paranoia Silverlining,” on Aug. 9, and her parents teased the track on Wednesday.

“6 DAYS UNTIL LOLA’S FIRST SINGLE IS OUT,” Kelly captioned a pic of the 21-year-old on her Instagram Stories, adding a link to Lola’s TikTok where followers could get the first listen to a snippet of the track.

Proud dad Mark also took to his IG Stories with the TikTok link, tagging his daughter and writing, “First single out in 6 DAYS!!! 8/9/22.”

It’s no surprise that Kelly and Mark, both 51, are proud of their kids, which includes two sons, 25-year-old Michael and 19-year-old Joaquin. Fans of the power couple have gotten to know their family throughout the years as couple often gushes over their achievements both on Instagram and on Live With Kelly and Ryan, where Ripa previously revealed Lola was attending New York University and studying music.

In August 2019, Kelly and Mark documented their journey of saying goodbye as they dropped Lola off at the school where she was living in a dorm. “The nest is getting roomy………?” Kelly captioned a photo of herself kissing Lola on the cheek as they embraced in a hug.

Later that month, Kelly opened up about Lola’s goodbyes during an episode of her talk show, saying it was very emotional for Lola and Joaquin.

“We moved Lola into her dorm and it’s one of those things that you don’t realize how close [the kids are],” Kelly explained. “The younger two are really close in age. Like, I didn’t even know I was pregnant with the third one because I was still nursing the second one … I didn’t realize how close they were until it was time to say goodbye.”

Lola isn’t always a fan of her parent’s public affection. Kelly said in 2021 that she had to get Lola’s approval for a birthday tribute pic.

“Happy 20th birthday to the little lady with the big feet @theyoungestyung ????????we love you so much! You are our favorite daughter, no doubt! (This was the approved photo),” Kelly captioned the snap.

Alongside a series of adorable throwback pictures of Mark and Lola, the Riverdale actor wrote, “Happy 21st bday @theyoungestyung …we are so proud of you!! Love you so much lolly!!!”