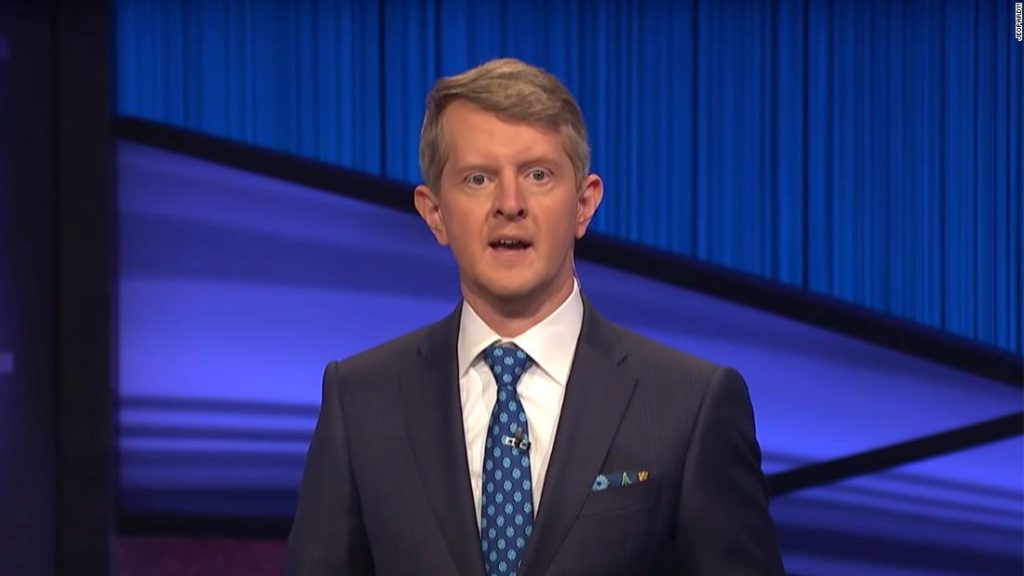 Share on facebook
Share on linkedin
Share on twitter
Share on email
The “Jeopardy” GOAT, who is currently sharing hosting duties on the game show with Mayim Bialik, says he’s not as sharp as he once was.
“I don’t want to get less sharp, but there’s a reason why when you see somebody on ‘Jeopardy’ just killing it, they’re probably right around 30,” he tells CNN.
Jennings said the speed at which your brain needs to make so many different connections during the game starts to decline.
“I kind of see it going away. You know, the older I get there, it’ll take me a few minutes to come up with a name or if it’s somebody I haven’t thought about in a month, it might just be gone,” he says, adding that he thinks he took his brain “for granted” when he was younger.
Read More
“Now it’s ‘Flowers for Algernon’ every day, I feel a little bit older,” he laughs, “I do feel like I’m too old for ‘Jeopardy’ and I’m very happy [hosting]. They give me the correct responses because I’m a little too old to be playing.”
The 74-time champ, who won more than $2.5 million in prize money during his 2004 victory streak, was “terrified” to host, saying taking over the spot after Alex Trebek died was a humbling experience.
“At first I was just terrified because when I did it last year, it was right after Alex had passed and those are such huge shoes to fill, he did it perfectly for decades,” he says, adding that his nerves have since calmed. “It’s been really a great joy, just being able to do it again this year was kind of all that pressure lifted and now everybody and his brother has hosted ‘Jeopardy’ in the meantime.”
He says he thinks “Jeopardy” will remain a cultural touchstone in America, even after a hosting scandal that saw executive producer Mike Richards hired as host and quickly depart the show.
“I think ‘Jeopardy’ is going to be fine. There was a lot of hubbub, there was a lot of ink over the last year and right now ‘Jeopardy’s’ in a really good place because they have this secret sauce that no other show can duplicate,” Jennings says. “They have the audience and the audiences 38 years of good memory. Like, when you watch ‘Jeopardy’ tonight, you’re remembering watching with your grandma when you were a kid or with your friends in the dorm. The show really leans into that.”
And though he’s enjoying hosting, Jennings says he’s “not particularly ambitious” enough professionally to want the spot permanently.
“I’m a producer on the show and I just want the show to be healthy,” he says. “And it seems like that’s going to happen now because they’re in good shape and they’ve got good hosting options. I’m delighted to be a kind of permanent part of the ‘Jeopardy’ family after being a contestant. It feels like inheriting the chocolate factory, you know?”
In the meantime, Jenning says he’s in demand to play or teach the tricks of trivia to fans. He’s turned down multiple offers (and paychecks) to play with viewers while in quarantine, but Tuesday at 6 p.m. ET you can hear Jennings virtually spill his secrets for free during “The Ken Jennings Knowledge Challenge.”
“I would say if there’s a secret, the secret is that everybody has a really good memory. You know, the kid in class that can’t learn his timetable but that kid knows every lyric of his favorite artists or every stat of her favorite sports team? The memory works just fine,” he says. “It’s not like, how do I remember all this boring stuff? It’s like, how do I trick my brain into thinking this is interesting.”
After he drops knowledge, he will challenge viewers in a trivia game.
“So if you want to beat me as a trivia game, this is your, this is your chance,” he laughs.