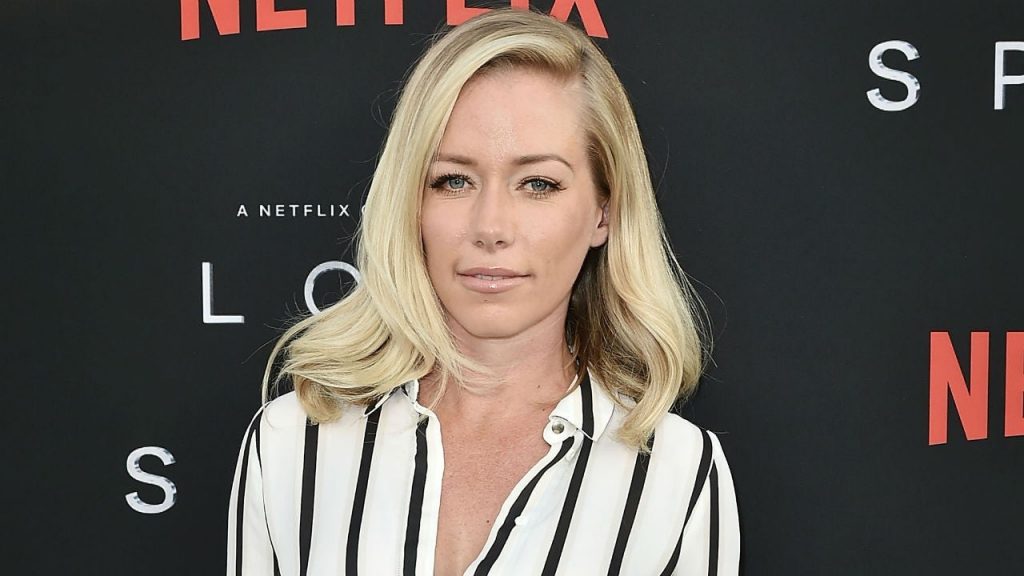 Kendra Wilkinson is on a whole new journey.

The 36-year-old reality TV star returns to television with her real estate docuseries, Kendra Sells Hollywood — and wouldn’t mind reuniting with her former The Girl Next Door co-stars Holly Madison and Bridget Marquardt. As she tells ET’s Lauren Zima, she’s a licensed realtor, single mom, ready to take ownership of her new chapter, put the past drama behind her — and date.

“My 15 minutes of fame is lasting 15 more minutes. It’s really crazy, and I’m back again with my new show…And it’s my third show with my name in it, Kendra Sells Hollywood. Woo, I’m back,” Wilksinson, 36, expressed. “I never in a million years ever thought I’d be back on TV. I thought it was done. I love being on TV. I love doing reality TV. I love documenting. It’s really fun.”

Fans first met a 19-year-old Wilkinson when she was a Playboy Mansion resident. Wilkinson, along with Madison and Marquardt, formed part of the show for six seasons from 2005 to 2010, before going their separate ways.

“I wouldn’t mind having Holly or Bridget on the show, I wouldn’t mind that,” Wilkinson said. “There’s no drama. It’s just two different perspectives on things, and I don’t have any animosity towards anyone. I actually respect everyone and I don’t mind seeing them again at some point.”

“We are reaching out, seeing if there is interest in them being a part of the show or being on it,” she admitted. “I’m open for anything. I’m all about just enjoying life now and really, really building this business and I’m done with the bullsh*t, I’m done with the drama, it’s all about positivity. It’s all about really enjoying this next phase of my life.”

The next phase includes documenting her experience in the fast-paced, high-stakes world of Los Angeles real estate. Wilkinson joined the high-profile firm Douglas Elliman, with HGTV documenting the journey in the six-part show.

“I should have started real estate when I lived at the mansion! What was I thinking?” she said, before reflecting on what the late Hugh Hefner would think of her new endeavor. “I think Hef would be really happy for me, and Hef would be the first person I would call for clients and contacts.”

“I would be going right up to mansion, if Hef were still alive, I’d be driving up to the mansion, like, ‘Hey Hef, anyone around here selling their house?'” she said with a laugh. “Because I was around some top, like, I’m saying some real money when I was living there. I should have started real estate then.”

Wilkinson admitted that after her divorce in 2018, she found herself not knowing what she was going to do with her life and career.

After coming to her “lowest point,” she thought about going back to school and studying business. After brainstorming some more, she realized real estate would be a great thing for her.

“I was laying in my new bed, in my new home and I was lost. I had no idea where life was going to be going for me,” she shared. “I never went to college, I never studied anything, and here I am faced with reality like I’m going to have to work, I’m going to have to get up and figure this out. I have no idea what that’s going to be…I was faced with extreme fear and loneliness and at that point, I had nobody. Hollywood wasn’t calling, I had no offers on the table and nothing.”

After picking herself up and putting on a determined face she “stumbled” into a real estate office and asked if they had a job. The receptionist instantly recognized her and told her she’d have to get a real estate license, which she did.

Fans will get to see her learning it all, getting her “100 percent, raw, authentic. You’re seeing me fall, you’re seeing me make mistakes.” She noted that the show also touches on her dating life, or lack thereof.

“As a matter of fact, I just filmed a scene saying that I will not have sex again until my first deal is done, like, period. That’s just it,” she said with a laugh. “I’m a single mom. I’m here for business, it’s getting hard. I’ll tell you that.”

When asked if she’s closed a deal, she truthfully said, “As right now, we’re not done filming this show yet. So this will probably air later, but hopefully I can get a deal done by the end of the season. And honestly, this is how real this is. If I don’t get a deal done, that’s part of the show.”

Wilkinson, meanwhile, said she’s “ready to date again” but her kids and her business come first.

“It’s hard because I do want to fall in love again, I do want to date, but right now is just not the time,” she said. “I’m just getting this baby together, I’m getting my business together, and it’s like, ‘Who am I to date someone and not go out to these meetings and all that?’ I can’t be tethered down right now. I need to shoot for the stars.”

As for what she’s looking for in her next partner, she smiles. “A guy in a business suit. I’m drooling around here. I’m like, oh my god. It’s like the kid in a candy store. Single mom in a f**king business office, I’m like oh my god!”

Chad Johnson Talks His Spark With Kendra Wilkinson, And What Ruined It (Exclusive)