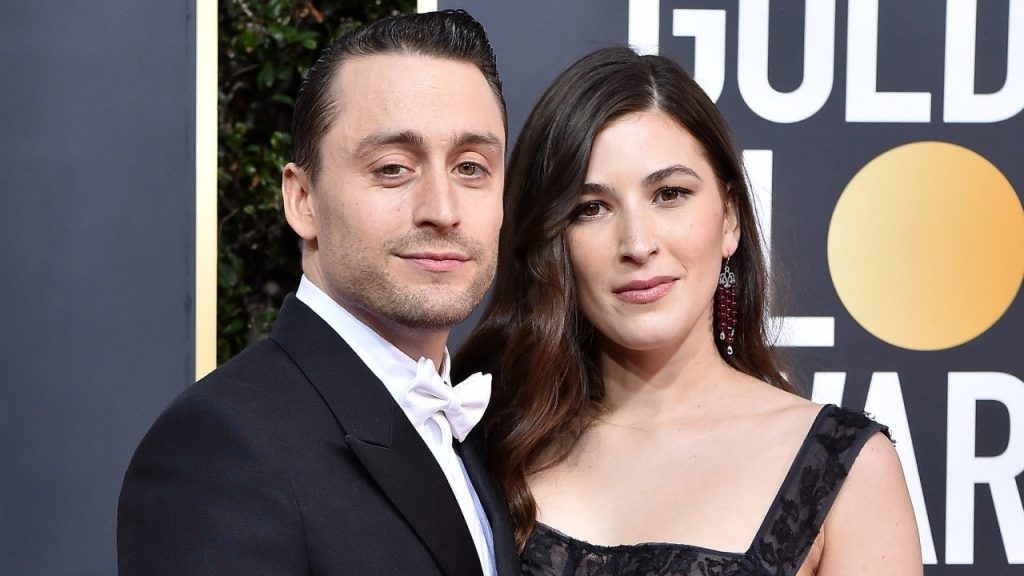 Kieran Culkin isn’t the most organized dad. The 39-year-old Succession star and his wife, Jazz Charton, welcomed their second child back in September.

On Tuesday’s episode of The Ellen DeGeneres Show, Culkin revealed that he didn’t name his son until seven weeks after his birth. He ultimately chose the name Wilder Wolf, which got the approval of host DeGeneres.

“I love that name. I like Wolf. If we were going to have a child, we would have named him Wolf,” she said of herself and wife Portia de Rossi. “Instead we got a dog and named him Wolf.”

“My wife wanted Wolf. She was fighting hard for Wolf,” Culkin shared.

Deciding on the name wasn’t exactly an easy process for Culkin, who already shares 2-year-old daughter Kinsey with Charton.

“We found it in the hospital the day he was born and we thought, ‘That’s great, but instead of pulling the trigger on it, let’s torture ourselves for about seven weeks, disagreeing on things before we come around to the name we picked,'” he quipped. “Because we didn’t know if we were having a boy or a girl, and we had a long list of names.”

The couple had initially planned for having a girl and weren’t prepared when they had a boy.

“We narrowed it down to two girl names that we really liked and we agreed that it’s going to be one of those two girl names if it’s a girl and if it’s a boy, we’re screwed. And we had a boy and spent seven weeks arguing about names,” Culkin quipped.

The Succession star added that he and his wife plan to have more kids in the future and thankfully have moved out of the one-bedroom apartment he’s been living in since the age of 19 and into a bigger space.

“We had to give our child our bedroom because there was no other place for her to sleep. She was having sleep issues, so she had the bedroom, which meant we had nowhere to sleep,” Culkin said of the couple’s daughter. “So I just put a mattress on the floor and we were kind of sleeping on that for the last year and a half, two years.”

He added that the decision to move came one day when he came home from work to see his wife seven months pregnant and lying on the floor.

Kieran Culkin Is ‘Game’ to Have Brother Macaulay on ‘Succession’

PrevPreviousTom Holland Says He and Zendaya Love Each Other ‘Very Much,’ Talks Keeping Their Relationship Private
NextWilmer Valderrama Says He Did ‘The Most’ in the Delivery Room During Birth of First ChildNext