Kim Kardashian and Pete Davidson Hold Hands During Yet Another Dinner Date: PIC 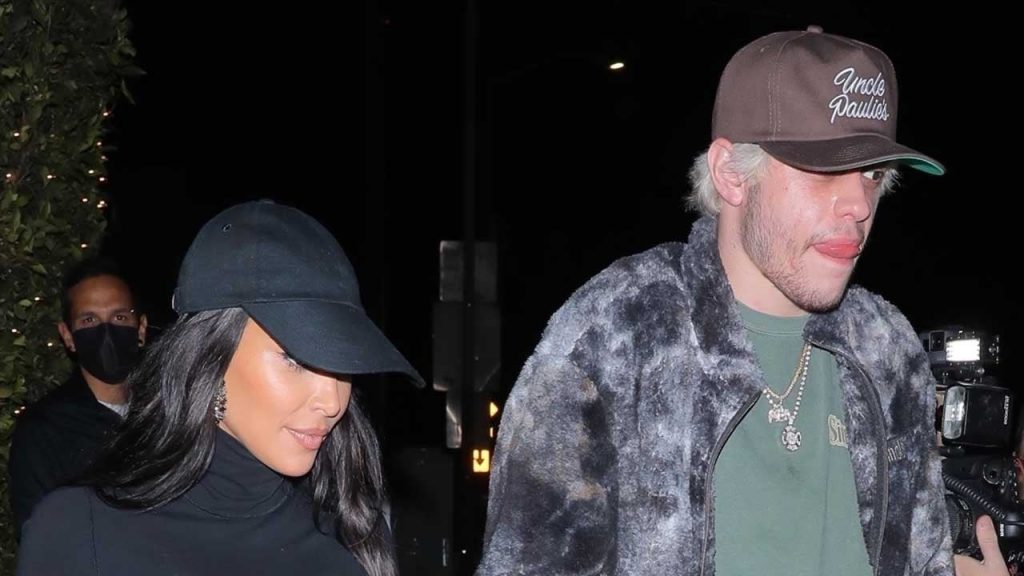 Kim Kardashian West and Pete Davidson are continuing their PDA. The couple held hands as they stepped out in Santa Monica, California, on Sunday night to enjoy dinner at Giorgio Baldi, an Italian restaurant.

For their date night, the 41-year-old reality star dressed head-to-toe in black, rocking an open leather skirt over leggings, which she paired with a turtleneck, leather gloves, sunglasses, and a baseball cap.

After enjoying dinner in a private room of the restaurant, the couple made their way outside hand-in-hand.

Davidson opened the door of his Lamborghini SUV for Kardashian West, and the pair was seen giggling as they sat inside his car. On top of the hand-holding, fans noticed a mark on Davidson’s neck, which some have speculated could be a hickey.

The sighting came just days after the pair rocked matching SKIMS pajamas in celebration of Davidson’s birthday. Before that, Kardashian West and Davidson were seen holding hands in Palm Springs, California.

Prior to the PDA sightings, a source told ET that the new couple, who first sparked romance rumors in October, is “enjoying getting to know each other better and having a lot of fun.”

“Kim and Pete are dating and having a great time together,” the source said. “Pete is a romantic and goes out of his way to make Kim feel special. Kim thinks Pete is hysterical and he’s constantly making her laugh, but they also have been connecting on a deeper level.”

“Pete and Kim are 100 percent dating and are very into each other. They are pretty much inseparable and very affectionate when they’re together,” a second source added. “They are supportive of each other’s projects and are really taking an interest in what the other is passionate about. Pete has been in a great mood since him and Kim got together and he is very calm, chill and easy to get along with.”

The comedian, who was previously engaged to Ariana Grande and has had other high-profile relationships, is the first man Kardashian West has been linked to romantically since she filed for divorce from Kanye West in February.