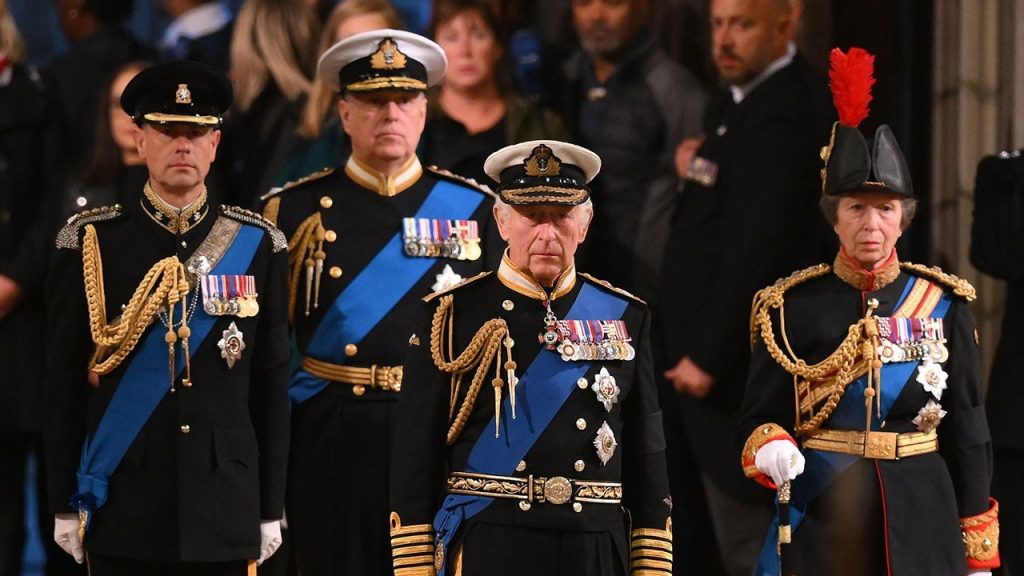 Pat Sajak Shuts Down Haters After ‘Wheel of Fortune’ Contestants…

King Charles III and his siblings are standing vigil for their late mother. On Friday, the new monarch, alongside Prince Andrew, Prince Edward and Princess Anne, all stood in front of the late Queen Elizabeth II‘s coffin as it laid in state at Westminster Hall. The queen died on Sept. 8 at age 96.

The four siblings, all wearing military uniforms, entered Westminster Hall as mourners paying vigil watched on. While Andrew was not allowed to wear his military uniform earlier this week — he was stripped of his military affiliations in January 2022 amid his ongoing lawsuit regarding his alleged sexual misconduct and involvement with Jeffrey Epstein — he was permitted to do so on Friday out of respect for the queen.

The royals made their way to the queen’s coffin, which King’s Body Guards were standing watch over, to ceremoniously protect their late mother’s coffin.

With Charles and Andrew on opposite ends of the coffin, and Edward and Anne on either side of it, the siblings bowed their heads in respect as they stood solemnly for about 15 minutes.

Mourners waited hours to pay their respects to the late monarch as she laid in state, including David Beckham who stood in line for more than 13 hours to view Queen Elizabeth’s coffin.

Like the elder generation did on Friday, Queen Elizabeth’s grandchildren, including Prince William and Prince Harry, will stand vigil on Saturday.

Earlier this week, Harry was denied the opportunity to wear his military uniform for the Service for the Reception of Her Majesty’s Coffin, because, when he stepped down as a senior member of the royal family in 2020, he was forced to relinquish his honorary military appointments.

For more on Her Majesty’s death and Queen Elizabeth II’s funeral, check out ET’s ongoing coverage.