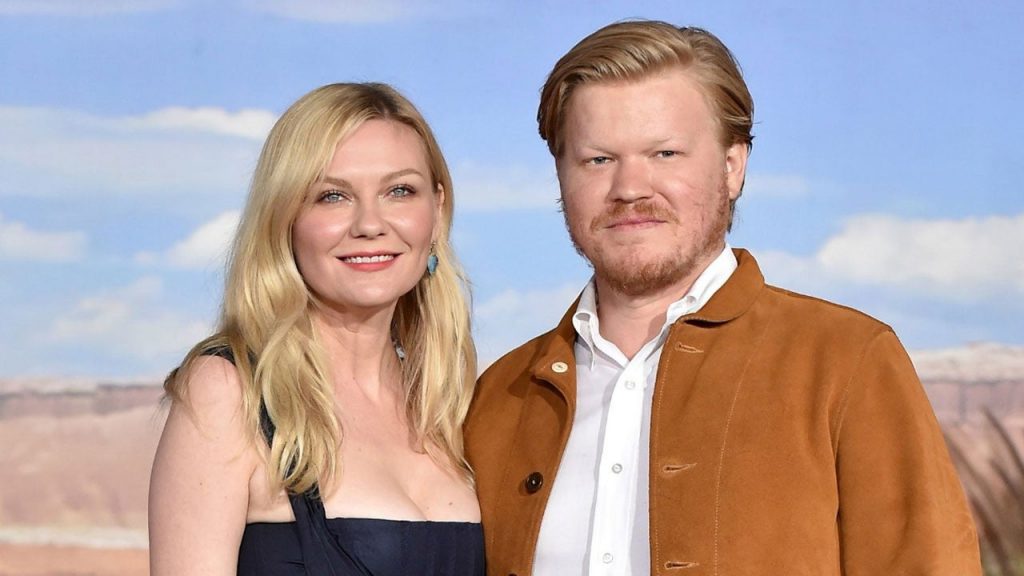 Kirsten Dunst and Jesse Plemons will be playing on-screen spouses once again in the Western film, Power of the Dog. The real-life engaged couple, who first starred as husband and wife on the FX series Fargo, told ET’s Lauren Zima that they’re “so in sync,” that playing the part felt “really easy.”

“First off, when we met, we really clicked with each other creatively and were able to be very honest with each other, and we built trust really quickly where if either one of us had an idea, we could throw it out, without any ego. If the other one liked it, great, if not, then it was no big deal. Everything just felt really easy,” Plemons shared.

Dunst added, “Creatively we’re so in sync. Then we got together about a year after working together. Then this project came along, first for Jesse, and the idea of working with [director] Jane Campion, it’s just a dream come true. She’s just one of those filmmakers that I’ve always looked up to in terms of taste, and the performances in her films have always been inspirational for me as an actor.”

There’s a sweet scene in the film where Dunst teaches Plemons how to dance, but when it comes to who has the better moves at home, the couple is divided.

“I think you,” Plemons insisted. “I’ve got old man moves.”

“I don’t know, we both dance just fine,” Dunst said. “It depends on how much we’ve had to drink.”

In the film, Plemons and Dunst play newlyweds, George Burbank and Rose Gordon, who are up against the watchful eye of George’s brother, Phil, played by Benedict Cumberbatch, who has a bone to pick with his brother’s new wife and her son. Dunst said that she actively ignored Cumberbatch on set in order to create that animosity toward his character.

“We didn’t talk or even say, ‘Hi,’ in the morning,” she revealed. “I think for him, it was good because he’s playing someone that’s very out of his comfort zone, and for me, I had to really create my own demons and things in my own head because we don’t really have many scenes together anyway. So, I had to create that for my character.”

Off-screen, the couple says Cumberbatch was a joy to be around. Dunst and Plemons, who have two boys, spent time with the award-winning actor, who is a father to three sons himself, while enjoying downtime in the New Zealand countryside where Power of the Dog was filmed.

“We would get together on the weekends,” Dunst shared. “He has three sons himself, so we got the boys together and we had a nice time.”

Check out Dunst and Plemons in Power of the Dog in theaters now and on Netflix Dec.1.