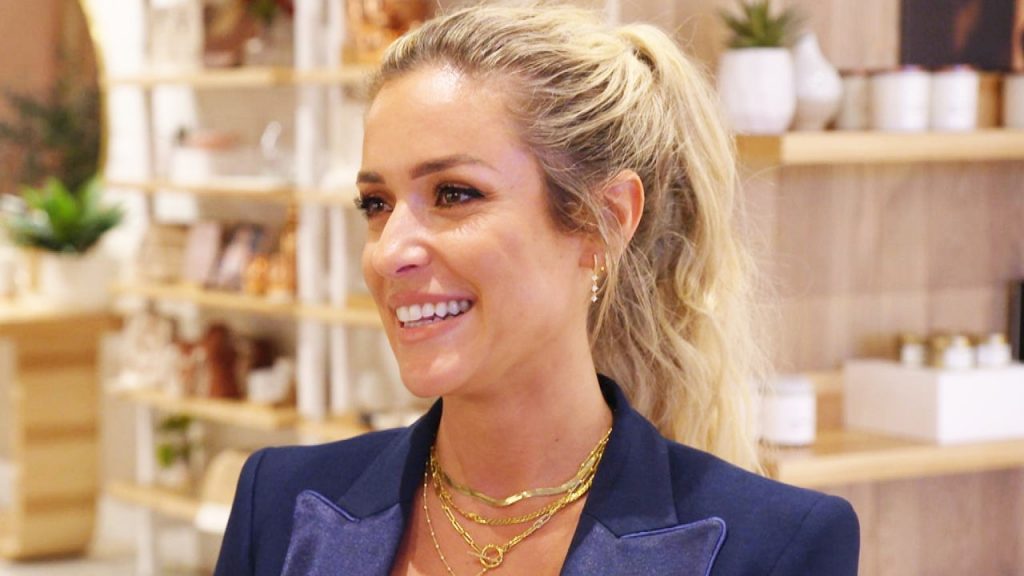 Kristin Cavallari isn’t in the market for a man, but she knows what she wants if one comes along. The 34-year-old reality TV star and businesswoman showed ET’s Lauren Zima around her new Uncommon James store in Dallas, Texas, and shared what she’s looking for in a partner following her split from husband Jay Cutler in April 2020.

“I need someone who’s just really stable, which is really funny because I never thought I’d be in a place where I have to say that I need someone stable. But these are the times we are living in,” the mother of three quipped. “It’s the truth, yes, like that’s actually really hard to find someone who’s not a crazy narcissist.”

Cavallari added that she needs “someone who can be my rock, because I’m everybody else’s freaking rock.”

“I need someone to lean on,” she explained. “I like manly men though. I like someone who if something broke, he can fix it. I need someone who’s really self-assured and confident so that they’re not threatened by me. I have a strong personality… I don’t need a man either, and I think that for a lot of men they don’t like that. So I need someone who’s just really strong.”

Following her split from Cutler, Cavallari has been linked to comedian Jeff Dye and country singer Chase Rice, but these days, she’s enjoying the single life.

“I feel like I’m at a great place, I really do,” she said. “I do feel light and free. I think it’s important to take time for yourself, and I’ve always been someone who when a chapter closes, I have to work through it all myself. And I’ve had actually a lot of time now where I’ve just been single. I haven’t really been dating anybody at all, and that’s been nice.”

While she’s focusing on herself and her kids, Cavallari added that having a partner would just be a “bonus” for her.

As for co-parenting with Cutler, she has one tip that’s served her well thus far.

“I come from divorced parents, so what I saw was my mom never bashed my dad ever. And I knew going through this that that’s how I wanted to be. So I never — to the kids — will say anything bad about Jay,” she explained. “I mean, that’s their dad, and they still need to look at him like he’s the best guy on this planet. And I would hope vice versa, but I think it’s important to try to be as united a front as possible even though that can be challenging when there’s two different houses. But just never saying anything negative is really important.”

Kristin Cavallari Went on Dates With Jay Cutler After Their Split