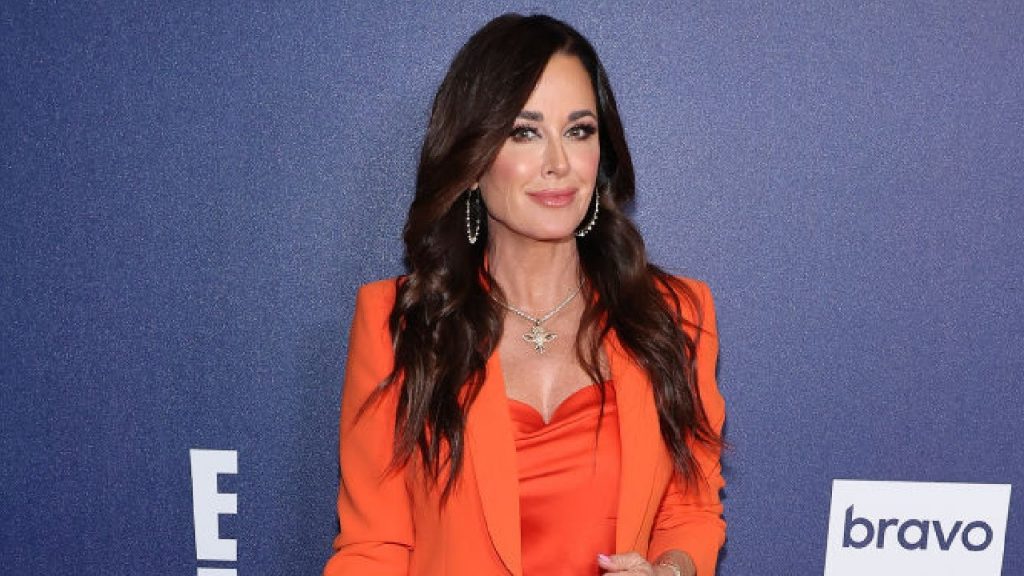 Kyle Richards is sharing how she feels about Lisa Rinna‘s departure from The Real Housewives of Beverly Hills. In an Amazon Live video Wednesday, Richards invited those watching her live broadcast to ask any questions they had for her about the show, but before any were asked, the reality TV star decided to address Rinna’s exit herself.

Choosing to reflect on the “amazing times” she had with Rinna during her eight seasons on the show, Richards explained a recent post, in which she shared photos of Rinna from the cast’s trip to Provence, France in season 9.

“I just actually posted something about Lisa Rinna,” Richards began. “I posted something from Provence — it was actually during the big fires in Malibu, so everyone had canceled. Denise Richards and Camille couldn’t come on the trip, and it ended up being just Erika, Dorit, Teddi, Rinna and me going to Provence on our big trip, and we really had a great time.”

She continued, “I felt the need to post something about Rinna, throwing back to good times, because we did have a lot of amazing times on the show over these years, and Lisa brought a lot to the show on her eight years of being on.”

“And regardless of what happened last year — people have very strong feelings about what happened last year — regardless of that, she brought a lot to the show and we had a lot of great times, and that’s what I’m choosing to think about and remember,” Richards added of Rinna, who announced her departure from the franchise after eight years last week.

While it admittedly makes her sad, Richards maintained that she’s trying to think of happy memories as opposed to the sour note she and Rinna left off on following the soap star’s fight with Richards’ sister, Kathy Hilton, last season.

Following the show’s dramatic season 12 reunion in October, Richards told ET that relationships were “strained” between her and her RHOBH cast.

“Well, if anyone saw the season finale, relationships are definitely strained in the group and things are pretty much where they were at the reunion,” the 54-year-old Halloween Ends actress said at the time. “I haven’t seen anyone since the season finale actually. And then at the reunion, nobody got together to have dinner, have drinks, which is the first time in 12 years. Things are strained right now.”

Other RHOBH castmates, both past and present have weighed in on Rinna’s exit, including Lisa Vanderpump and Brandi Glanville, who told ET she thinks Rinna will be back.

“I think [Rinna] will be back,” Glanville shared. “I think she is probably taking a pause. … I feel like losing her mom and not having any time off to actually mourn that, I feel like she’s due for just like a breath. She was the best Housewife that she could be. Like, whatever she does, she puts her effort in a million percent, and I say kudos to her for that.”

For more on Rinna’s exit, check out the video below.

PrevPreviousSupermodel Tatjana Patitz’s Cause of Death Revealed
NextAshley Tisdale Reveals She Has Alopecia, Struggled with Hair Loss Since Her Early 20sNext