Kylie Jenner Hopes Stormi Wears Her Met Dress to Prom: ‘I Save Everything for My Daughter’ 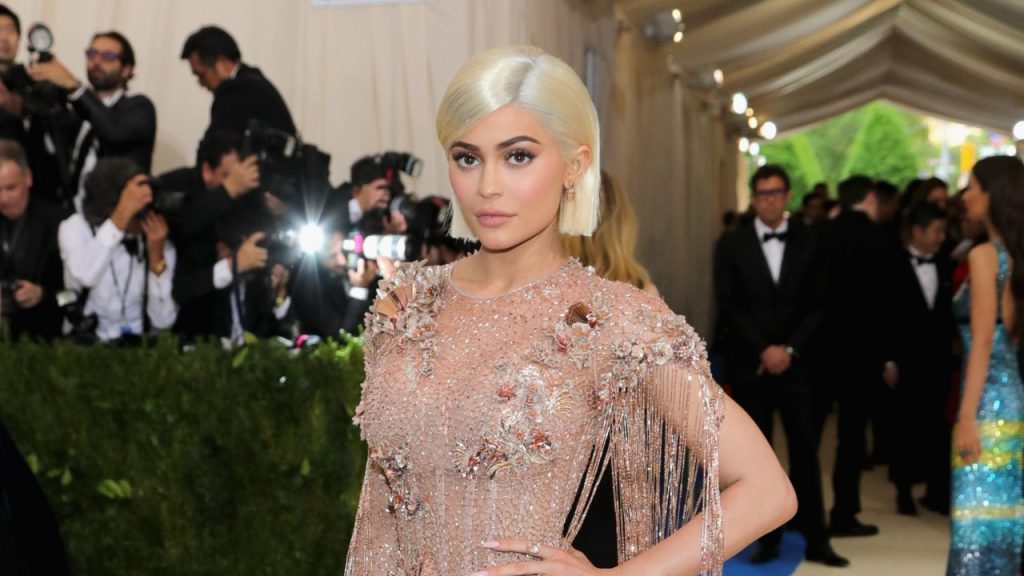 The makeup mogul covers CR Fashion Book — going shirtless and donning an intricate necklace made entirely of her signature lip kits — revealing that she’s saving her most iconic fashion pieces to pass down to her 4-year-old daughter, Stormi Webster.

“I save everything for my daughter — I have the most amazing pieces, and I cannot wait to share my entire archive with her when she is older,” Kylie shares, adding with a laugh, “I’m so excited to see how she is going to wear and style them! And hopefully she wears one of my Met dresses to prom.”

Kylie’s most recent Met Gala look stole headlines and blew up the social media meme world. For the 2022 event, Kylie wore a voluminous ivory bridal gown with a baseball cap and veil from Off-White — one of the final couture offerings from the late designer Virgil Abloh.

In years’ past, Kylie has opted for more figure-hugging dresses at the gala — including a custom lavender Versace gown with crystal mesh and feathers in 2019; a strapless black number by Alexander Wang in 2018; an all-mesh “naked dress” by Versace in 2017; and a wildly embellished Balmain gown that she said made her “bleed” in 2016.

This year’s Met was a particularly special occasion for the 25-year-old, as it was the first time that all of the Kardashian-Jenner sisters were able to attend together.

“It was very special to be there with my family at such an iconic event!” Kylie says. “We have talked about this moment for so many years, so it was amazing to have it finally happen.”

In her interview with the mag, which is available for pre-order and will hit newsstands on Sept. 21, she also says that the upcoming season of Hulu’s The Kardashians will focus on her “getting back to my life and work after having a baby.” Kyle welcomed her second child, a son, with Travis Scott in February.

She says that the new take on her family’s classic reality franchise offers them each more opportunity to get personal with viewers.

“The Kardashians on Hulu captures a whole new side to us that the audience hasn’t seen–it is way more like a docu-style, which gives viewers at home a different experience than Keeping Up with The Kardashians,” she says. “It also focuses on us more as individuals, rather than having us film as a group all the time, which allows us to share things happening in our lives and businesses.”

In a recently released trailer for the show’s second season, Kim Kardashian admits to being “mortified” over a scandal, Khloe Kardashian opens up about the “incredibly hard” paternity scandal involving her ex, Tristan Thompson, and Kylie gets candid about her postpartum struggles.

“I should be really happy now,” she tells her sister, Kendall Jenner, in the clip. “I just had this new baby, but I cried nonstop for, like, three weeks.”

Kylie Jenner Reveals the Name She Almost Had Instead

PrevPreviousOprah’s Favorite Pajamas and Bedding Are on Sale for a Good Night’s Sleep This Fall
NextQuinta Brunson Shares Congratulations Cards From ‘Abbott Elementary’ Kids: ‘I Love My Job’Next