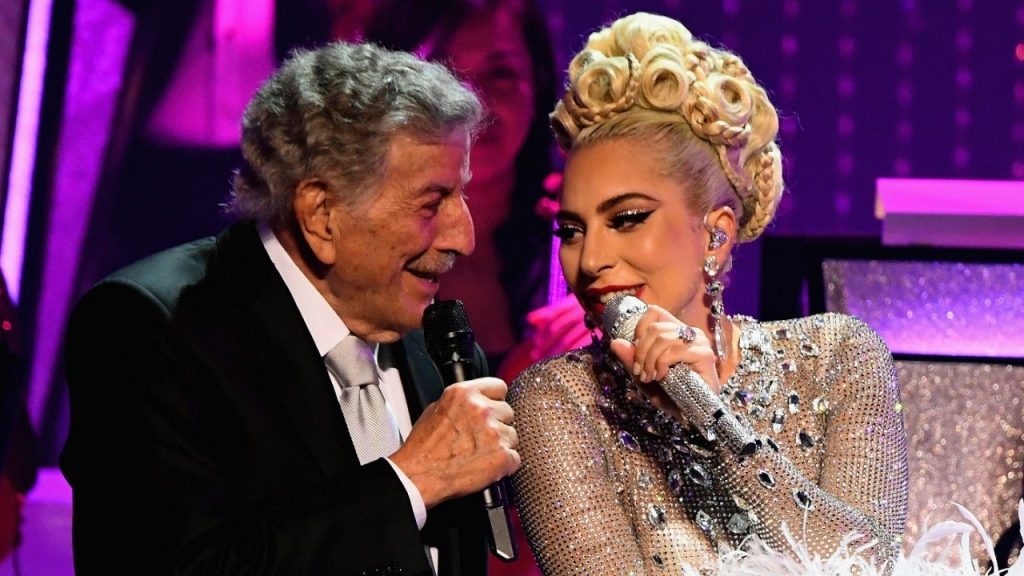 Lady Gaga is overjoyed for the love she and Tony Bennett are feeling. On Tuesday, the Recording Academy announced the nominees for the 64th Annual GRAMMY Awards, and Gaga and Bennett’s album Love for Sale nabbed an incredible six nominations.

Gaga took to Instagram Thursday afternoon and shared her heartfelt thanks and her love for her crooning partner.

“Thank you so much to the @RecordingAcademy for these 6 nominations for Love For Sale. I am stunned and shocked and beyond grateful,” Gaga wrote, alongside a photo of herself sitting in Bennett’s lap that was snapped as a promo pic for the album. “I don’t know what to say. I just keep crying and am utterly speechless.”

“This means so much to me, @itstonybennett, the Bennetts, my family, jazz music, and the great Cole Porter who wrote all these timeless classics,” she continued.

Bennett, 95, revealed in February, in a profile for AARP Magazine, that he’s been battling Alzheimer’s disease since 2016, and that his cognitive abilities are steadily declining with age. In the profile, Bennett’s son revealed that Gaga has been aware of his diagnosis for several years and has been one of his biggest supporters and champions.

In her celebratory message on Tuesday, Gaga shared, “I’ll never forget today and congratulating Tony on his 6 nominations. I’ll never forget that today he could track every word I was saying and understood the world was celebrating him and celebrating jazz – a genre that embodies the joy, abundance and imagination of Black music throughout history.”

“Thank you to all the Grammy voters for recognizing me and Tony’s dedication to jazz music and for also recognizing it in major categories where this music is often not nominated,” Gaga continued. “This album happened because it was Tony’s idea and I made him a promise that we would make it and we did.”

She marveled that, “At 95, years old, he has more nominations than ever. I’m so honored to be his companion in music and his friend.”

“Believe in love and partnership, even with 60 years between us, and Alzheimer’s, there is nothing like the magic of music,” she concluded. “I love you Tony, and the world loves you too. How could they not? ?”

Love for Sale will be Gaga and Bennett’s last together and is a follow-up to their 2014 album, Cheek to Cheek. The album — as well as their popular rendition of “I Get A Kick Out Of You” which appears on the album — earned nominations for Record of the Year, Album of the Year, Best Pop Duo or Group Performance, Best Traditional Pop Vocal Album, Best Engineered Album (Non-Classical) and Best Music Video.

The 64th Annual GRAMMY Awards will take place on Monday, Jan. 31, 2022 at 8 p.m. ET / 5 p.m. PT and broadcast live on CBS and Paramount+. Follow along at ETonline.com for everything you need to get ready for GRAMMYs Monday, including how to watch, GRAMMYs performers and more.