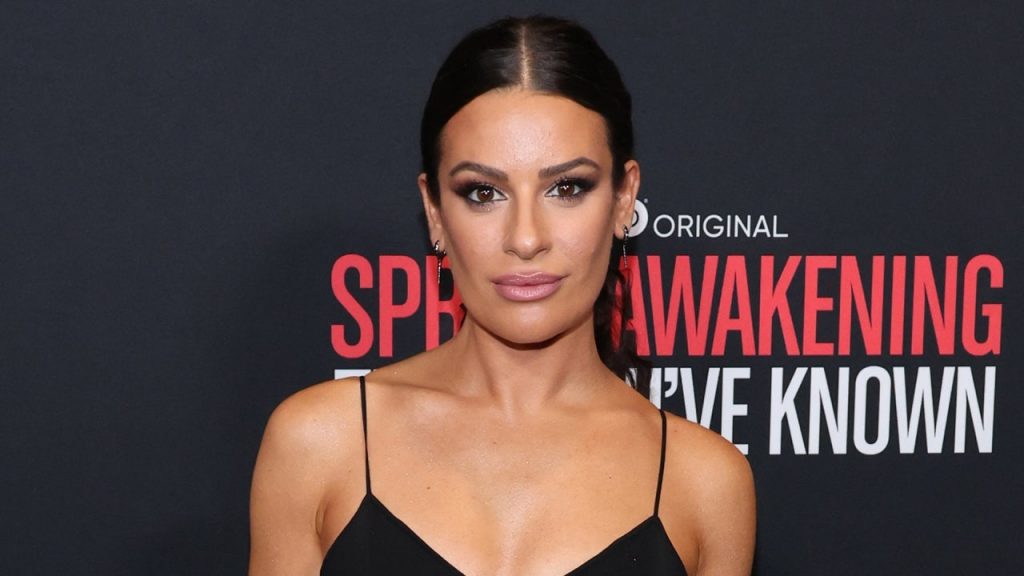 Blake Lively Is Pregnant! Expecting Baby No. 4 With Ryan Reynolds

Lea Michele just joined TikTok, and she’s proving that she can laugh at herself in her hilarious first post on the app.

In the video, shared Sunday, the Funny Girl actress used audio from the Kardashians to poke fun at rumors that she can’t read. Michele holds up a phone as if she’s speaking to someone while lip-synching to the audio from a 2017 Keeping Up with Kardashians scene, which sees Kim Kardashian taking a phone call with her friend, Joe Francis.

In a playful nod to the rumors, Michele tells followers she’s enlisted her Spring Awakening co-star and longtime friend, Jonathan Groff, to read the comments on TikTok for her.

“Calling Jonathan to read me the comments on my first TikTok,” the Glee alum, who is currently taking a break from the stage amid testing positive for COVID-19, wrote.

Michele’s comments were flooded with fans who applauded her clap-back at haters who fueled the rumors, with one user writing, “I CANT WITH YOU ANYMORE,” while another commented, “This is funny girl.”

While Michele appears to be having a laugh at the rumors, this isn’t the first time she’s addressed them. In a recent interview with The New York Times, the 36-year-old addressed past addressed rumors about her reading ability. That rumor started circulating in 2018 after a couple of podcasters shared the theory on Facebook. Michele refuted the claim while adding that the rumor itself is sexist.

“I went to Glee every single day; I knew my lines every single day,” she says. “And then there’s a rumor online that I can’t read or write? It’s sad. It really is. I think often if I were a man, a lot of this wouldn’t be the case.”

After the rumor surfaced, Michele appeared on Watch What Happens Live With Andy Cohen, where a fan called into the show and asked her head-on about rumors that she’s illiterate. Michele said she was baffled that someone would put together a 45-minute video conjuring up this conspiracy theory. She refuted the rumor by saying, among other things, that she got accepted into NYU and that even Glee creator Ryan Murphy called her after the rumors surfaced and asked her, “Do people think I have time in my life to do this?”

For more on Michele and her return to Broadway, check out the video below.