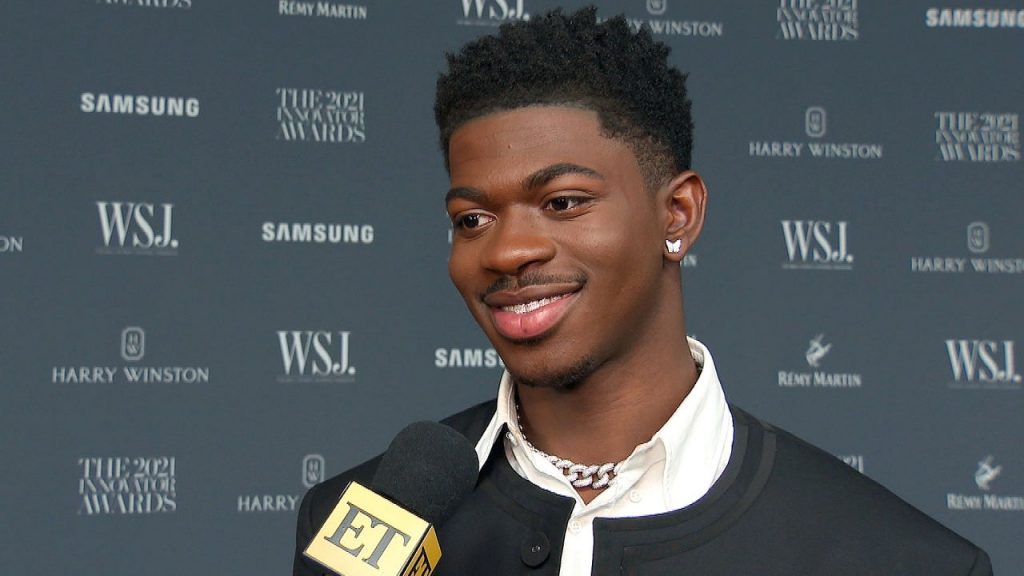 Lil Nas X‘s album may have sounded a little different.

The 22-year-old artist reveals in a new GQ interview that Nicki Minaj and Drake were the only artists to decline him on Montero, and the songs he wanted them on.

“I don’t usually ask for features like that. But for every feature I did ask for on this album, like, every single one of them worked,” Lil Nas says, adding, “Besides Drake and Nicki [Minaj].”

While he clarifies that he “didn’t ask them directly,” he does share which songs he wanted to feature the two superstars.

“I wanted Nicki on ‘Industry Baby,’ and I wanted Drake on ‘Dolla Sign Slime,’ with Megan [Thee Stallion],” he reveals. “Yeah, but you know, I feel like things always work out. Jack Harlow ended up being, like, the best option. I’m not sure how comfortable Nicki would have felt with that video or whatnot.”

Lil Nas previously opened up about Drake and Minaj passing on the the collabs, telling The Breakfast Club, “[Drake] was still working on Certified Lover Boy, and he was 100 percent focused on that, and I understood completely. And he said he’s down to do something, but just [it wasn’t] the right time.”

Drake released his album Sept. 3, with Montero coming out Sept. 17. Lil Nas also addressed his debut album not making it to No. 1 on the charts, as he was beaten by Drake.

“I did feel like that. Then I got out of it,” he said of the need to work harder. “And all I thought about was how blessed I am. About where I was three years ago. Nobody even thought that I would be here. Everybody was like, ‘One-hit-wonder this, one-hit-wonder that.'”

“And now it’s amazing that my competition was Drake. Drake, with this huge album and the most first-week sales of the year,” he said. “Plus, Drake’s my idol. There are too many other wins to be upset.”

ET spoke with Lil Nas earlier this month, where he touched on going back to his hometown of Lithia Springs, Georgia, and spending time with his family.

He noted that his family does playMontero, but said with a laugh, “I’m like turn it off. Not right now.”

Lil Nas X Says He’s Not Looking for a Relationship