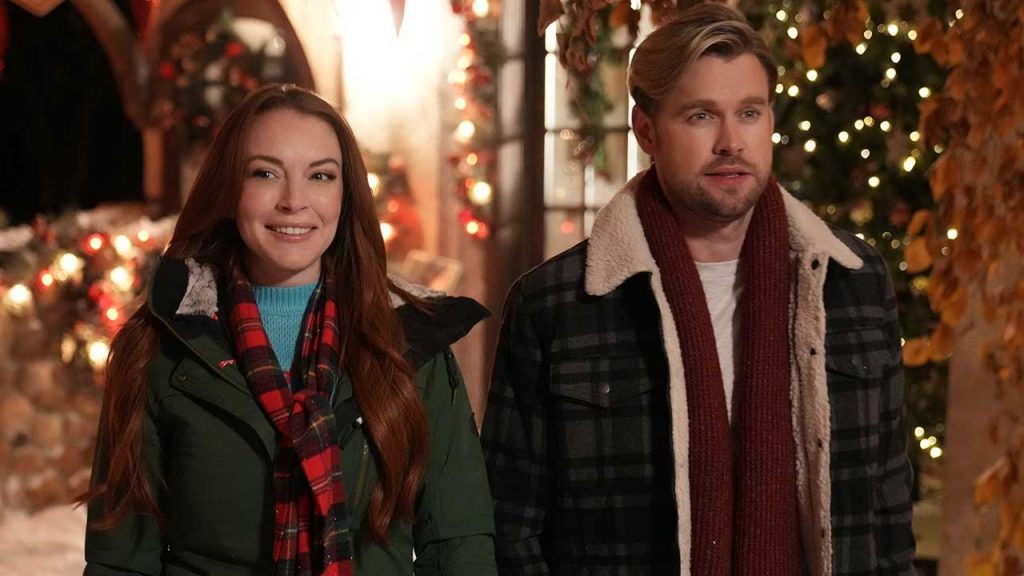 Lindsay Lohan is making her return to acting! On Friday, Netflix released the first look at an upcoming holiday rom-com, which will mark the 35-year-old’s first role in years.

In the pic from the still-untitled flick, Lohan walks alongside her co-star, Chord Overstreet. Both are sporting winter looks in the shot, with Lohan wearing jeans, a green jacket, and a plaid scarf, while Overstreet sports black pants, a plaid jacket, and scarf.

The photo shows the pair smiling as they walk on the snow-covered street, as twinkle lights glow nearby. The film will be released during the 2022 holiday season.

News of Lohan’s return to acting first broke in May, when Netflix announced the upcoming rom-com.

Lohan will star in the movie as a “newly engaged and spoiled hotel heiress who finds herself in the care of a handsome, blue-collar lodge owner and his precocious daughter after getting total amnesia in a skiing accident,” Netflix said.

The project marks Lohan’s first since 2019, when she starred in the horror film Among the Shadows.

While ringing in 2020 with New Year’s Eve Live co-hosts Anderson Cooper and Andy Cohen, Lohan said that it was her goal to “start filming again” in the U.S.

“I’m managing my sister, so I want to really focus on me and everything that I can do in my life and come back to America and start filming again, which I’m doing something soon in this new year,” she said. “And, you know, just taking back the life I’ve worked so hard for and sharing it with my family and you guys.”