‘Love Is Blind: After the Altar’ Recap: Deepti and Kyle Make Their Relationship Official 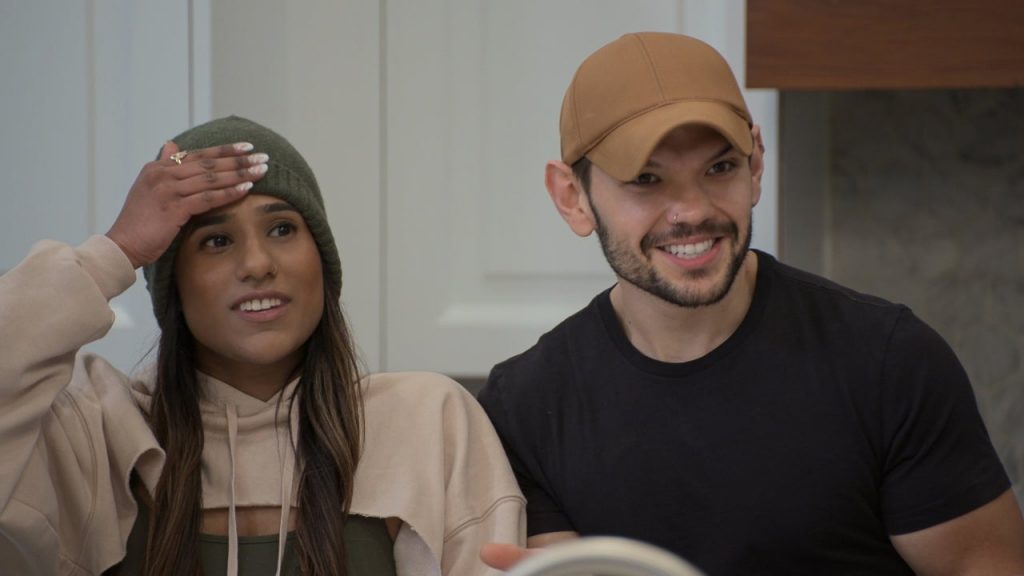 Spoilers Ahead: Please do not continue reading if you haven’t watched all three episodes of Love Is Blind: After the Altar.

It’s been six months since fans got a chance to see which couples from Love Is Blindseason 2 made it to “I do” and which ones called it quits. In that time, both married couples, Iyanna McNeely and Jarrette Jones and Danielle Ruhl and Nick Thompson, have sadly ended their marriages.

But in the previously taped After the Altar special, which debuted on Netflix on Friday, they were all still together, working through their differences.

In fact, the one pair whose future remained up in the air during the three-episode special was Deepti Vempati and Kyle Abrams. Fans remember that Deepti was previously engaged to Abhishek “Shake” Chatterjee, but called off their engagement at their wedding after Shake made several disparaging comments about her appearance, saying he was not attracted to her and comparing being intimate with her to being intimate with his aunt. During the reunion special, Kyle confessed that he also had a strong connection with Deepti in the pods and that he regretted choosing Shaina Hurley over her after Shaina also ended their engagement due to religious differences.

Since the show wrapped, Deepti and Kyle have been spending a lot of time together, leaving many fans to speculate about the status of their relationship.

Kyle previously told ET of Deepti, “There are other people that I was in love with that I could have easily married, easily. They don’t show it but there was a girl that we probably might be married. One day it’ll come out. I’ll make it a point to tell everybody, but not right now.”

After the Altar was filmed in mid-March when the cast reunited for a weekend getaway in honor of cast member Natalie Lee‘s 30th birthday.

Throughout the three episodes, both Deepti and Kyle admitted to having feelings for one another but worrying that acting on those feelings might harm their friendship.

After three episodes of will-they-or-won’t-they, Kyle finally decides to take the plunge.

“She’s the most important thing in my life right now, and I love her,” he says of Deepti in an aside interview. “I can either make the leap and ask her to be with me or I can let it go again and then I might have the same regret. So it’s now or never.”

As they both stand shivering on a balcony in the chilly Chicago evening, Kyle looks into Deepti’s eyes, declaring, “I wanna just start a relationship, like a legitimate relationship with you, and be exclusive instead of just, like, in limbo.”

And Deepti also acknowledges in an aside interview that she has long-term plans for her relationship with Kyle.

“I definitely want Kyle. I want him to be my boyfriend,” she says. “Eventually, I feel like, I want him to be my husband. He’s the first thing I think about when I wake up. He’s the last person I talk to before I go to bed. I could see myself doing this for the rest of my life with you. He could be my lifelong partner.”

So are the two still together? After months of flirtatious messages, they have been curiously quiet on one another’s social media pages all summer. Could this be for their big reveal on the show or did the pair call it quits? Only time will tell.

‘Love Is Blind: After the Altar’: Natalie Talks Shaina and Shayne

‘Love Is Blind’ Season 3: Everything We Know