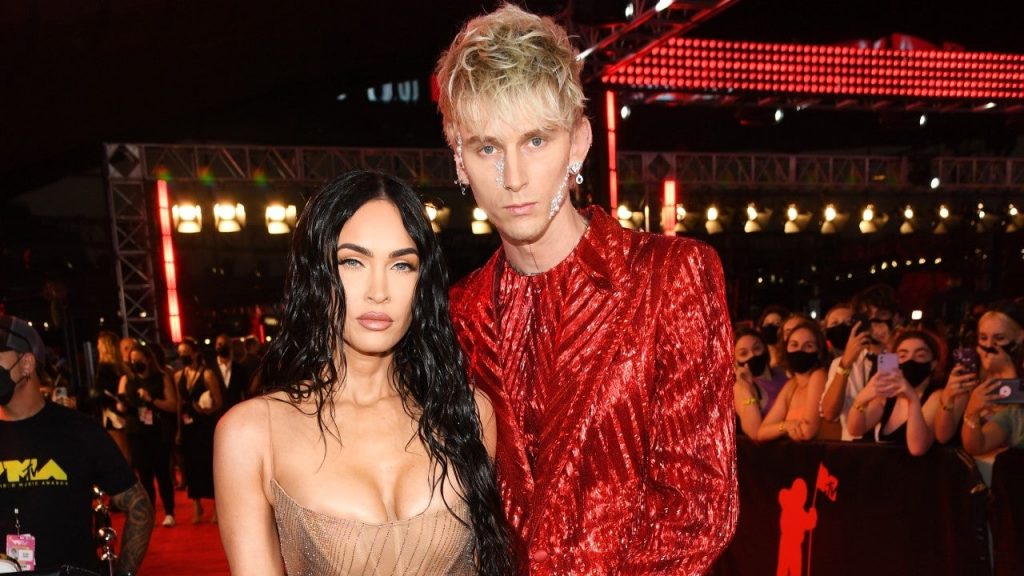 Kelly, who also goes by Colson Baker, took to his Instagram Stories, sliding half the ring back onto his fianc?e’s finger and adding the caption, “One year ago under a banyan tree.”

The couple first debuted the stunning bling in January 2022, with Kelly explaining the design process for his engagement ring to his love.

“I know tradition is one ring, but i designed it with Stephen Webster to be two: the emerald (her birth stone) and the diamond (my birth stone) set on two magnetic bands of thorns that draw together as two halves of the same soul forming the obscure heart that is our love. 1-11-2022 ?,” he captioned the video showing off the accessory.

The couple haven’t shown signs that they plan to tie the knot anytime soon. Shortly after their engagement, MGK was asked by James Corden on The Late Late Show when he thought he’d get married. At the time, the “Bloody Valentine” singer replied, “When they can build me a red river with gothic…. the location is hard.”

Back in September, a source shut down split speculation surrounding the couple.

“As of now, Megan and Machine Gun Kelly are doing really well regardless of the breakup speculation,” the source told ET at the time. “They both have been super busy work-wise, and personally speaking, having kids of their own, they are naturally swamped on that front as well.”

Of their future wedding, the source added, “Their wedding plans are still on, but being as busy as they are, they are taking everything one day at a time.”

In late December, Fox posted a sexy selfie, captioning it, “Currently seeking a girlfriend. Please submit applications in the DMs.”

Kelly jokingly commented on the post, writing, “I don’t think you have the filing capacity for this request.”

PrevPreviousBodycam Footage Shows Odell Beckham Jr. Prior to Being Removed From Flight
NextFlorence Pugh Reflects on Why Her Relationship With Zach Braff Was CriticizedNext