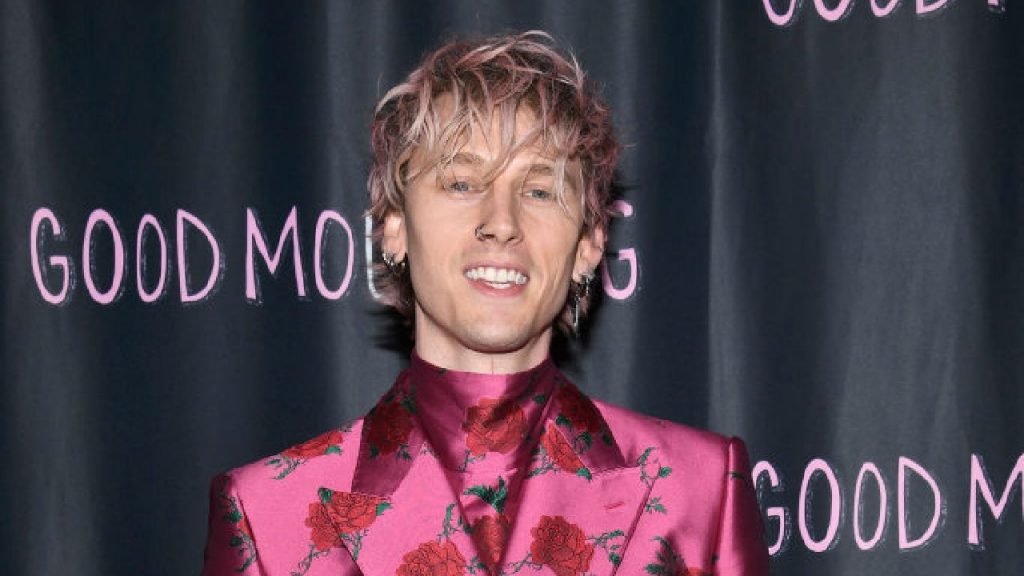 Machine Gun Kelly is responding to a vandal who defaced one of his tour buses in Nebraska on Thursday morning with a homophobic slur and vulgar images.

Kelly’s caravan includes a number of different tour busses — each a different color — and after a performance Wednesday night one of them was vandalized with the words “Rap devil f*****” on one side, and a large, crude depiction of a phallus on the other side.

The graffiti was recorded by a passerby, who claimed she got into an argument with Kelly’s security while filming the bus.

Kelly himself took to his Instagram story to share a message with whoever tagged the bus, which he recorded while lying in bed in his hotel room.

“You’re so dumb,” Kelly expressed. “You spray-painted a bus thinking it was my bus. Wrong bus, you f**king idiot.”

“I was by the busses until 4:30 in the morning, which means you waited until 5 a.m. to spray paint a dick,” he continued. “You could have been at home, cuddling with your partner or doing something, and instead you were like, ‘Goddamn it, I just wish he’d go up to his hotel room so I can spray paint this dick!'”

Kelly added, “They washed it off before I even saw it. Aren’t you sad? I’m still in bed, I didn’t even get to enjoy it. You suck.”