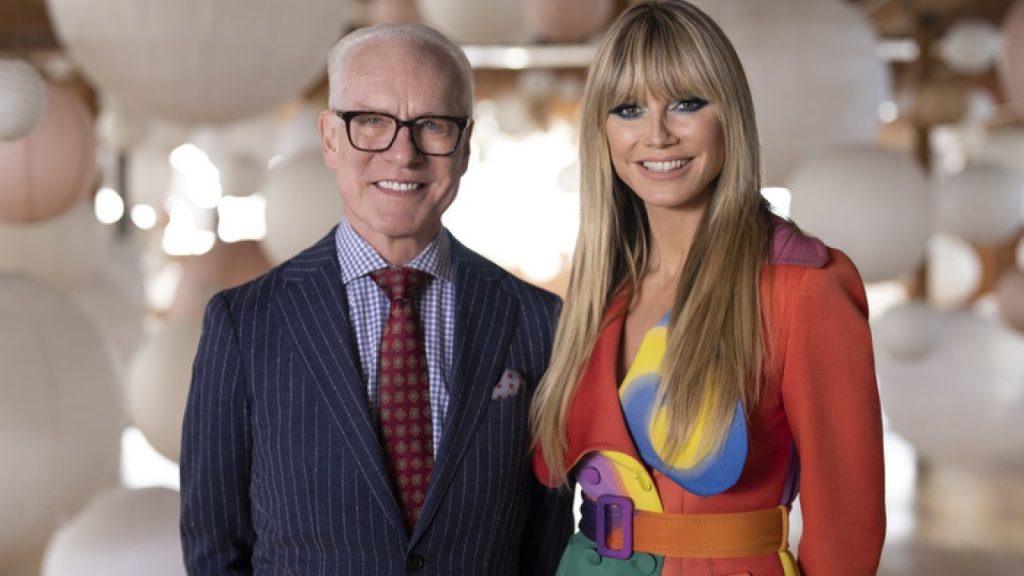 One of the best things about fall is the return of our favorite TV shows, and Making the Cutis finally back for season three! Hosted by style savants Heidi Klum and Tim Gunn, the reality competition show Making the Cut offers 10 emerging fashion designers the chance to transform their small businesses into globally recognized brands.

Each week, the designers are assigned a different theme of clothing to design, from evening wear to activewear. Designers are eliminated each episode, and the last one to “make the cut” will win the grand prize of $1 million to build their fashion business and mentorship with Amazon fashion.

For every assignment, the designers must not only create a high-fashion runway version of their design, but also an accessible interpretation that can be worn in real life. The winning outfit of each episode will be available to shop exclusively in Amazon Fashion’s Making the Cut store.

The remaining nine contestants got their sweat on with their second design challenge: active wear, in collaboration with iconic street and athletic wear brand Champion. The brand’s North American chief design officer, Ned Munroe, stepped in as a guest judge to evaluate the designers’ Champion-influenced activewear looks. This week’s winner will not only have their design available through Amazon’s Making the Cut store, but on the Champion website as well.

Brazilian designer Rafael Chaouiche was the reigning champion of the episode: the judges loved how the oversized logo earrings from his runway piece embodied his creativity, and his accessible look spoke to potential customers while still pushing the boundaries of activewear. The winning ensemble was composed of a sexy mesh long-sleeve over a black tube top and wide-legged red lounge pants, available now on Amazon.

In sunny Los Angeles, we meet the 10 emerging designers competing for the opportunity to take their brand to the next level. The contestants hail from all over the world, from an L.A. local to an American Southern belle to international designers from England, Brazil, China, and more.

The first assignment of the season was evening wear: glamorous, eye-catching formal pieces that one might wear to a red carpet or wedding. TV personality Nicole Richie, Moschino creative director Jeremy Scott, and Klum, along with guest judge TK, evaluated the contestants’ designs during a runway show on Los Angeles’ famed Rodeo Drive.

Sienna Li, a New York-based fashion designer from China, emerged victorious. Her winning gown won the judges over with its elegance and simplicity, featuring a petal-like layered skirt, dramatic ruffled sleeves, and a romantic bow-tied open back. The look is now available to shop on Amazon, along with more pieces inspired by the first win of the season.

Get to Know ‘Making the Cut’ Season 2 Designer Andrea Salazar