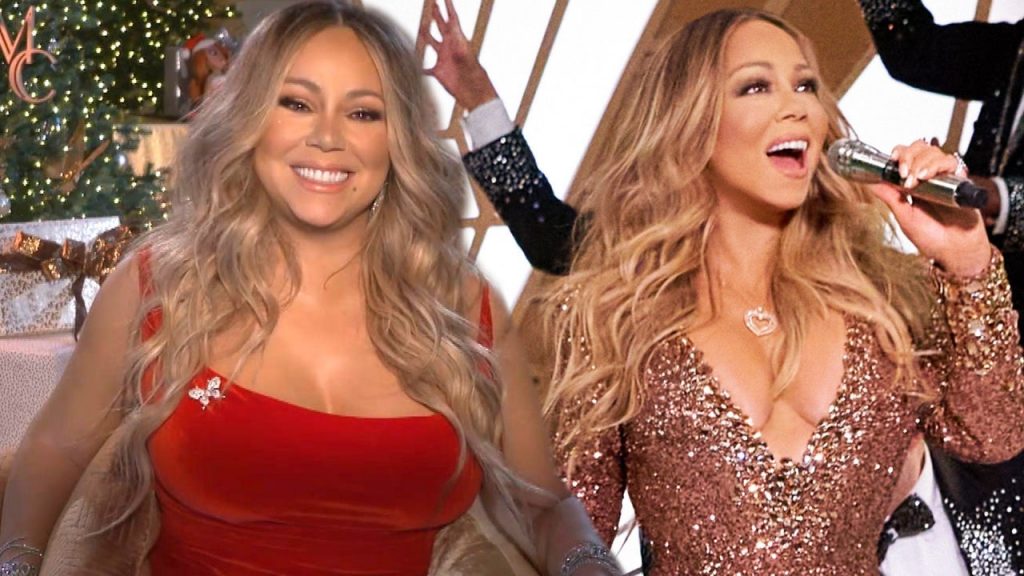 Everyone knows that Mariah Carey is the queen of Christmas, but the GRAMMY-winning singer says it hasn’t always been that way. Carey opened up to ET’s Kevin Frazier about how the less-than-idyllic Christmases she experienced growing up, inspired her to go all in on the holidays.

“In my memoir, I talk about how when I was a little kid, growing up with no money, growing up being mixed, not understanding, having identity issues, and then going through my career and the different things that have happened, that I never even talked about to even some of my best friends,” Carey shared of the childhood experiences she detailed in her book, The Meaning of Mariah Carey. “When I wrote about Christmas, I was like, ‘Oh wait, I don’t want to bring people down,’ ’cause this seemed like depressing stuff that happened.”

She continued, “But that’s the reason that it motivated me to really go all the way in every Christmas, every year. I just want my kids to have the best time, and honestly, a lot of it is for me.”

Carey’s Christmas classic, “All I Want for Christmas Is You” is almost 30 years old, and while she’s sung and written plenty of holiday hits since then, it was actually the first Christmas song the “Fantasy” singer ever wrote.

“When I wrote ‘All I Want for Christmas Is You,’ the label was like, ‘OK, why don’t you do a Christmas record?’ And I’m like, ‘Really, now?’ Like, second album, two albums in.”

“And I was like, ‘Well, I do love the holidays, let me try,'” she continued. “So, ‘All I Want for Christmas Is You’ is the first Christmas song I ever wrote, and then I worked on it with my then-writing partner, Walter A, and we just wanted to make it feel like a modern classic.”

The timeless track has had a staying power that makes it the song to kick off Christmas, and the inspiration for Carey’s upcoming Apple TV+ special, Mariah’s Christmas: The Magic Continues, which features several special guests, including gospel icon Kirk Franklin and Khalid, and their new song, “Fall in Love at Christmas.”

“I’m hoping this becomes a streaming moment, separate and apart from any other,” Carey said of the special.

After putting together the new Christmas track with her band director, Daniel Moore, they worked on getting Franklin and Khalid on the track.

“I’ve loved Khalid since ‘Location,’ and I told him that when I met him, and that American Teen was one of my favorite albums. So, Daniel laid out some things, and Khalid did his own interpretation of that, and Daniel had just done the Stellar Awards and had been with every gospel artist in the world, so he’s like, ‘I hope you don’t mind that I mentioned something to Kirk,’ so, Kirk came to Atlanta, and we wrote that outro together.”

“He’s amazing,” Carey went on to say before gushing over the video, which features a cameo from her 8-year-old twins, Monroe and Moroccan. “We had the best time, but I love the video, because there’s a certain shot of him where the snow’s coming down, and it’s just Kirk singing like, ‘Now more than ever, we need to give love a way.’ He’s really giving you a message at that point.”

While “All I Want for Christmas Is You” inspired the new track and special — and turned her into the Christmas icon she is today — as a songwriter, it wasn’t always her favorite, with Carey explaining that over time, she’s grown to “love it.”

“I have to learn how to let myself live with mistakes I would have changed and stuff like that, but now I love it, it’s part of my life,” she explained. “I feel like I grew up with it, and shared it with the world, and hopefully you will listen to it this year.”

Get into the Christmas spirit when Mariah’s Christmas: The Magic Continues premieres Dec. 3 on Apple TV+.

Mariah Carey Smashes Pumpkins to Kick Off the Christmas Season