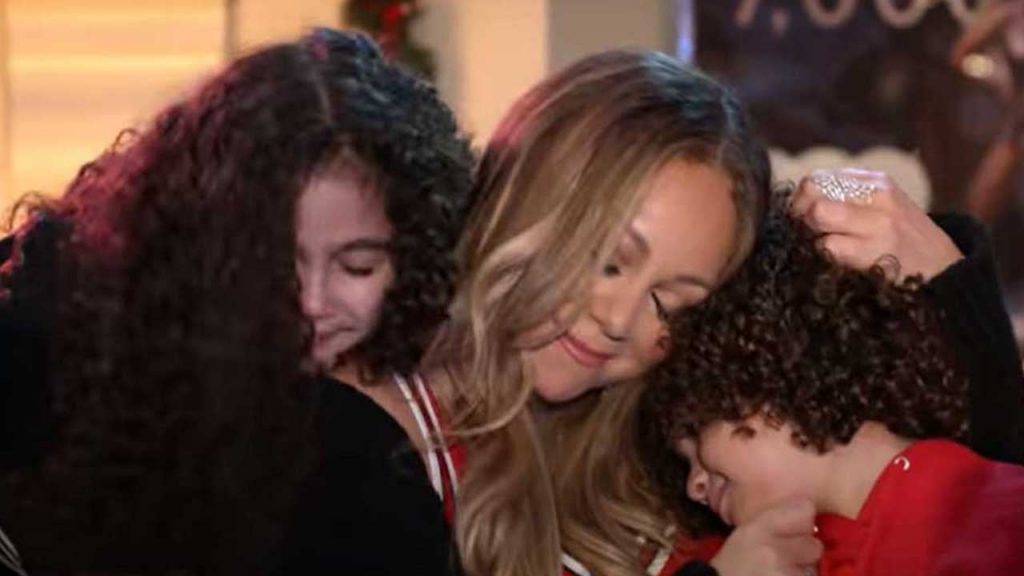 Mariah Carey is getting her twins into the holiday spirit!

The iconic singer kicked off the first night of Hanukkah on Sunday by sharing a sweet video featuring her 10-year-old twins, Moroccan and Monroe. The brief video shows the GRAMMY-winning singer attempting to teach her kids a new song to mark the Jewish celebration, though they both look less than enthused at the impromptu singing lesson.

“Happy Hanukkah!!!!” she wrote on Twitter. “Learned this one in grade school, thought I’d teach it to Roc & Roe, I don’t think they’ve got it yet.”

The fan-proclaimed queen of Christmas has been busy in preparation for her favorite season. Earlier this month, the “All I Want for Christmas Is You” singer announced her return to Apple TV+ for an all-new holiday event, Mariah’s Christmas: The Magic Continues, this December. The special features several special guests, including gospel icon Kirk Franklin and Khalid, and their new song with Carey, “Fall in Love at Christmas.”

Carey recently opened up to ET about how the less-than-idyllic Christmases she experienced growing up inspired her to go all in on the holidays.

“In my memoir, I talk about how when I was a little kid, growing up with no money, growing up being mixed, not understanding, having identity issues, and then going through my career and the different things that have happened, that I never even talked about to even some of my best friends,” Carey shared of the childhood experiences she detailed in her book, The Meaning of Mariah Carey. “When I wrote about Christmas, I was like, ‘Oh wait, I don’t want to bring people down,’ ’cause this seemed like depressing stuff that happened.”

She continued, “But that’s the reason that it motivated me to really go all the way in every Christmas, every year. I just want my kids to have the best time, and honestly, a lot of it is for me.”

Get into the Christmas spirit with the holiday queen herself when Mariah’s Christmas: The Magic Continues premieres Dec. 3 on Apple TV+.