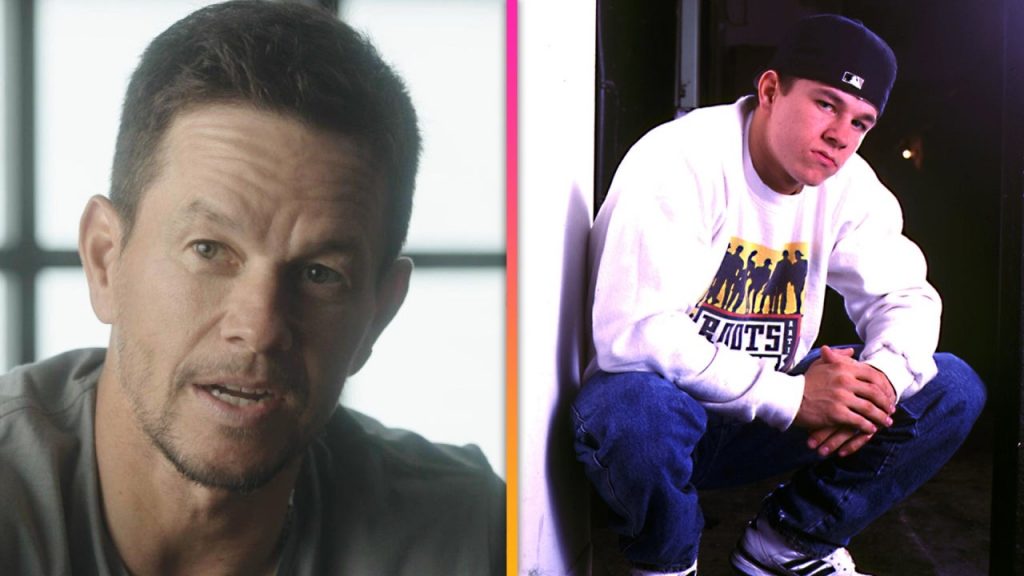 Not everybody appreciates the looks of the past. This is especially true for Mark Wahlberg’s kids when it comes to his own famous fashion statements from the early ’90s.

Recently, Wahlberg sat down with ET’s Rachel Smith, and they were joined by his Me Time co-stars, Kevin Hart and Regina Hall, for a game of Sip or Spill. The trio had to answer questions truthfully or, if they wanted to pass, they had to take a drink.

Among the rounds of questions and tequila shots, the topic landed on recent comments Wahlberg made about how his daughter, Ella Rae, 18, has been rocking a Marky Mark and the Funky Bunch T-shirt in recent months.

When asked how his kids feel about his Marky Mark-era fashion choices, the actor admitted, “Oh, they’re terribly embarrassed by it.”

However, Wahlberg noted that his kids also seem to be channeling his Funky Bunch style, perhaps inadvertently.

“My son, the whole time we were on summer break, doesn’t have a shirt on and has his underwear hanging out,” Wahlberg joked. “He totally stole the whole look.”

Back in April, Wahlberg appeared on The Ellen DeGeneres Show, and revealed that his oldest son, Michael, is embarrassed by him even now.

“My son has just recently turned 16,” he said. “And he gets embarrassed by everything I do. Even the stuff that people think is cool in 2022, like, movies and stuff. He’s like, ‘Dad, that’s so dumb. Dad, that’s terrible.'”

That being said, Wahlberg told ET that his whole family came together to watch his new comedy, Me Time, and it was a great experience for all of them.

“I watched with my whole family [without them] knowing anything about the story and the script, and to see the kids being able to enjoy it as much as the adults [was great],” he shared. “There’s a lot of humor that goes a little over their heads, but it’s very enjoyable.”

In Me Time, Hart stars as Sonny, a stay-at-home dad who gets some alone time when his wife, Maya (Regina Hall), takes the kids with her on vacation. Sonny accepts an invite to a birthday celebration for his old buddy, Huck (Wahlberg), but things quickly spiral out of control as Sonny is brought along for an irresponsibly wild ride.

“To be honest with you, this movie’s just a good time,” Hart shared with a smile. “I couldn’t ask for a better cast to work with.”

Me Time premieres Aug. 26 on Netflix.

Mark Wahlberg on If He’d Ever Become Marky Mark Again