‘Married at First Sight’ Heads Back to Boston for Season 14: Meet the Couples! 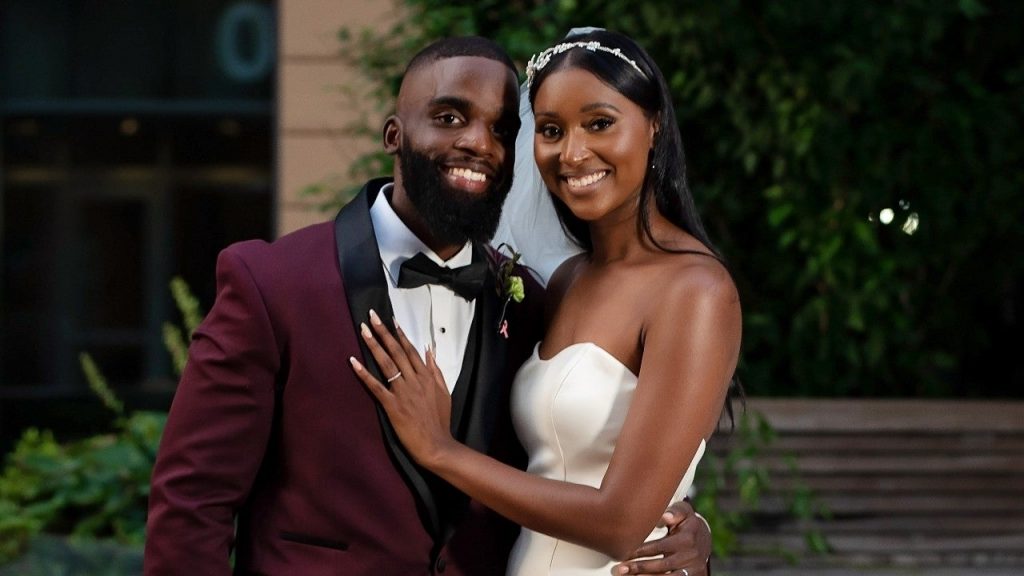 Calling all Married at First Sightfans! It’s time to head back down the aisle as a whole new set of couples take a chance on love, this time in Boston. The hit Lifetime series is returning in a three-hour premiere episode on Jan. 5, 2022 to the city where season 6 fan favorites Shawniece and Jephte met and married.

The new season will feature 10 new strangers who will, once again, meet at the altar for the first time before committing to one another for life. After eight weeks, they will decide whether to continue the marriage or to get a divorce.

The five couples include Alyssa and Chris — a pair in their 30s. Alyssa feels she’s been unlucky in love and hopes the show will help with her romances. Chris has only been in long-term relationships that have fizzled after the “honeymoon phase.”

Jasmina and Michael are a couple in their late 20s determined to find love. Jasmina is recovering from traumas involving infidelity in both her family and her own past relationships. Michael hasn’t found success with dating apps and is hoping the show will help him find someone compatible.

Katina is 29 and ready to find a husband after years of working on herself. Olajuwon, 29, actually went to college with MAFS star Jephte and was inspired to sign up to help move past his “playboy” ways.

Lindsey, 34, longs to have a relationship like that of her grandparents, who have been married for more than 70 years. Mark, 37, is keen to find a bride after not having much luck online. He believes in the process so much that this isn’t his first time applying to the show.

Noi, 33, is known by her friends for falling in love easily and that hasn’t always served her well. Steve, 38, recently learned that his grandparents, who have been married for 60 years, had an arranged marriage. This inspired him to try out the MAFS format to hopefully have similarly impressive results.

In addition to the new season, there will be a new season 14 Matchmaking Special debuting on Dec. 29, which will show an in-depth exploration of the matchmaking process. The next night, Dec. 30, Lifetime will air the Kickoff Special, where Entertainment Tonight’s Kevin Frazier will host a panel of insider experts for an exclusive look at the upcoming season.