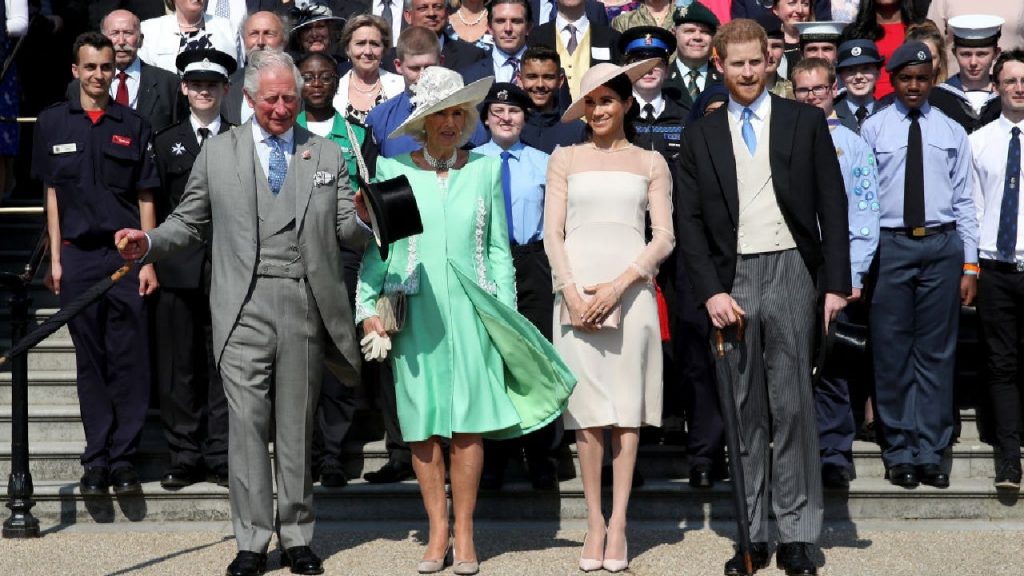 The first three episodes dropped on Thursday, and started off with a disclaimer that reads, “Members of the Royal Family declined to comment on the content within this series.”

ET has reached out to Netflix for comment on the claims.

Meanwhile, ET has learned that Kensington Palace received an email from a third-party production company about the Netflix docuseries. The email originated from an unknown organization’s email address. The office contacted Archewell Productions and Netflix to attempt to verify the authenticity of the email and that it was genuine but received no reply. The email did not contain the substance of the allegations made in the Netflix program or address the entire series. In the absence of any verification or reply from Archewell or Netflix, there was not any reply.

Harry and Meghan officially stepped down as senior members of the royal family in 2021 after moving out of the United Kingdom and eventually into their home in Montecito, California.

In their new docuseries, the couple discusses their early romance, including Meghan’s first awkward interactions with her future brother and sister-in-law, Prince William and Kate Middleton.

“Even when Will and Kate came over and I had met her for the first time… They came for dinner,” the mother of two recalls. “I remember I was in ripped jeans and I was barefoot. I was a hugger, always been a hugger. I didn’t realize that that is really jarring for a lot of Brits.”

Meghan adds that what she began to realize was that William and Kate and other members of the British royal family were formal both in public and behind the scenes.

“I guess I started to understand very quickly that the formality on the outside carried through on the inside,” she says. “That there is a forward-facing way of being. And then you close the door, ‘Oh, great. OK, we can relax now.’ But that formality carries over on both sides and that was surprising to me.”

Harry also discusses the pressure within his family to marry someone who will fit into the mold of a royal.

“For so many people in the family, especially obviously the men, there can be a temptation or an urge to marry someone who would fit in the mold as opposed to somebody who you perhaps are destined to be with,” Harry says without naming names. “The difference between making decisions with your head or your heart.”

Harry has been estranged from his family in recent years due to his and Meghan’s exit from their life as working royals and frustrations over how much the couple is choosing to share publicly.

In a trailer for the docuseries, Harry accuses members of his family of planting stories about him and his wife in the press.

Volume I of Harry & Meghan is currently streaming on Netflix, while volume II will be released on Dec. 15.