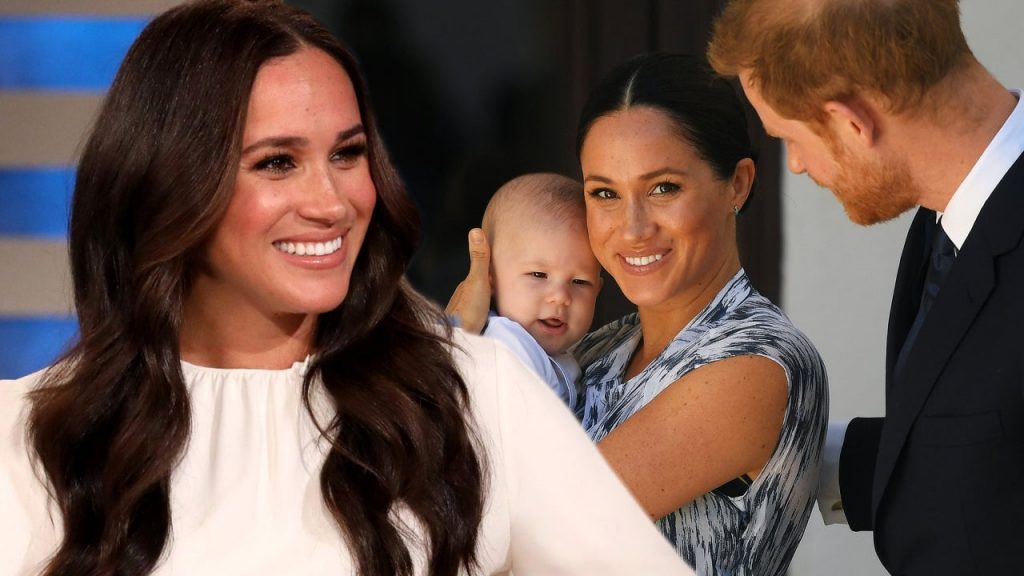 Meghan Markle is sharing a rare photo of her and Prince Harry‘s 2-year-old son, Archie. During her first appearance on The Ellen DeGeneres Show since becoming the Duchess of Sussex, Meghan shared the sweet snap, which featured little Archie standing in the toddler’s chicken coop, “Archie’s Chick Inn,” at their home in Montecito, California.

“He’s so sweet with the chickens, too,” gushed Ellen, who is Meghan and Harry’s neighbor in Montecito. “Archie is just such a gentle soul.”

“Aww, thank you,” Meghan replied before telling Ellen that Archie, who recently became a big brother to 5-month-old Lilibet, is loving his newfound role.

“He loves being a big brother, but everybody tells you, somebody told H and I, when you have one kid it’s a hobby and two’s parenting, and we realize what it is like for the second child, but no one talks about the adjustment for the first child when the second one comes along, so they had that moment of, ‘This is fun, oh, this is how it is now,'” she shared on Thursday’s episode.

As for little Lili, Ellen revealed that she’s currently hitting a tough milestone for her parents, telling the audience that “Lili’s now teething” before Meghan says, “Anything to relieve that?”

“Tequila, anything,” the talk show host joked. “That’s Auntie Ellen for you,” Meghan added, before Ellen quipped: “That’s why I don’t have kids.”

While on the show, Meghan also took part in an Ellen ritual, by playing a little hidden-camera prank on some unsuspecting vendors on the Warner Bros. lot.

After telling the duchess to touch her nose and get some squats in, Ellen had Meghan head in.

“Watch me,” Meghan was told to say as she touched all the crystals. “I have healing powers. Can you feel my powers?” Meghan asked while holding up a crystal to her head and chanting.

Meghan made her way through the line of vendors before she was hilariously instructed to eat everything like a chipmunk and pull a bottle of milk out of her purse to wash it down.

The mom of two almost cracked when Ellen had her tell a joke to the cookie vendor with no punchline before once again eating the cookie like a chipmunk, all a part of what Meghan told the vendors is just “what mommy does” for Lili and Archie.

See it all go down in the video below.