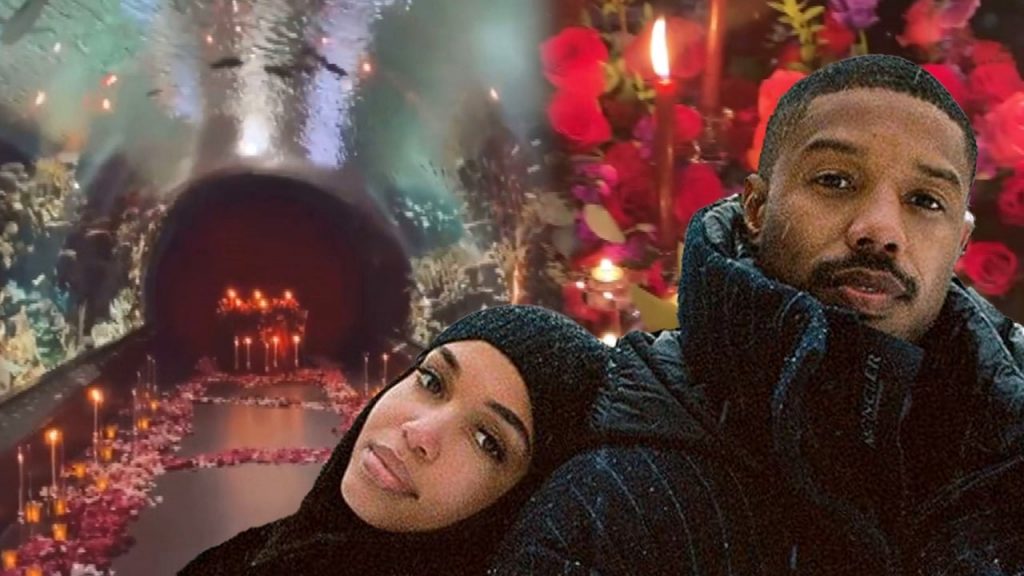 Michael B. Jordan and Lori Harvey are ringing in one year of love! The pair celebrated their first anniversary on Tuesday and gave fans a look into their private romance on Instagram.

“Happy Anniversary,” the 34-year-old Creed actor wrote alongside a few photos of the couple, including one with Harvey kissing him on the cheek and another of the pair playfully posing for a selfie. “It’s been a year crazy!!”

Harvey gave her fans a brief look at the romantic dinner the pair shared to mark the special occasion. The 24-year-old model posted a photo that shows the personalized tasting menu bearing a sweet message that read “Happy Anniversary Lori and Michael” over the date. She also posted a boomerang of Jordan sitting across from her at the table, writing, “Happy Anniversary my love.”

Harvey and Jordan first confirmed their relationship and posted photos of each other on Instagram in January, and soon after, a source told ET that the two had actually been dating for several months after a years-long friendship.

In an April interview with ET, Jordan said although he usually keeps his personal life pretty private, after making things public with Harvey, people have seen a change in him.

“I never thought I was so lonely before,” he said, noting his inner circle has also gushed about how happy he is with Harvey. “I’m glad you’re seeing me happy.”

Harvey has shared similar sentiments, telling the hosts of The Real during an appearance in September that she and Jordan “just really balance each other.”

“I really do believe in the statement when they say, ‘when you know you know.’ And I think that really applies to our situation and we just have a really good time together,” she gushed. “He’s so sweet, very attentive. He listens to me and the things that I say that I want and he really makes an effort.”