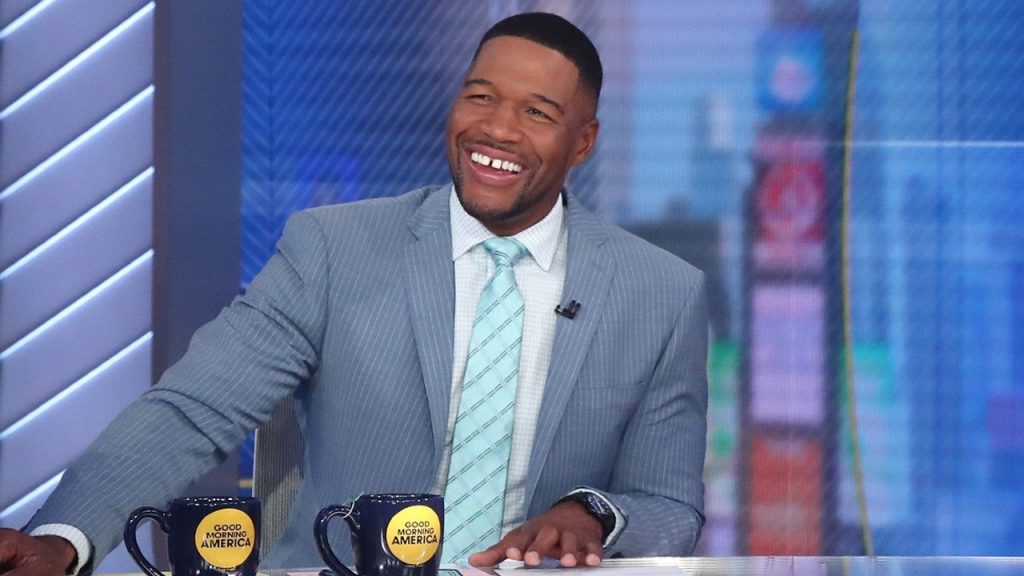 Michael Strahan will be wishing fans good morning from space next month! The 50-year-old Good Morning America co-host announced on Tuesday that he will be going into space with Jeff Bezos’ Blue Origin ship on Dec. 9.

“In less than three weeks on Dec. 9, I will be blasting off in the next Blue Origin Space launch! I’m going to space,” Strahan told GMA viewers. “I have been preparing for this.”

The former NFL pro will be part of Blue Origin’s third flight. Joining Strahan will be Laura Shepard Churchley, the oldest daughter of astronaut Alan Shepard, as well as four other passengers, including the first ever parent-child pair to go to space together.

“[Blue Origin] approached me and they asked if I wanted to be a crew member,” Strahan said. “Without hesitation I said, ‘Yes.'”

When asked why he wanted to go to space, Strahan replied, “I just wanted to go! I think being there at the first launch, it was mind-blowing.”

“I believe that this is the way of being innovative, creative, pioneers in aviation, now space travel,” he added. “And it’s going to take a while but I do believe that it will bring a lot of technological breakthroughs and also innovations to us here on Earth, and I just want to be a part of it.”

Strahan won’t be the first celebrity to blast off into space this year! After Bezos went up in the first flight in July, 90-year-old Star Trek actor William Shatner went up on the second Blue Origin flight in October, making him the oldest person to ever go to space.

ET spoke exclusively with Shatner after his return from space. Check out our exclusive interview below.