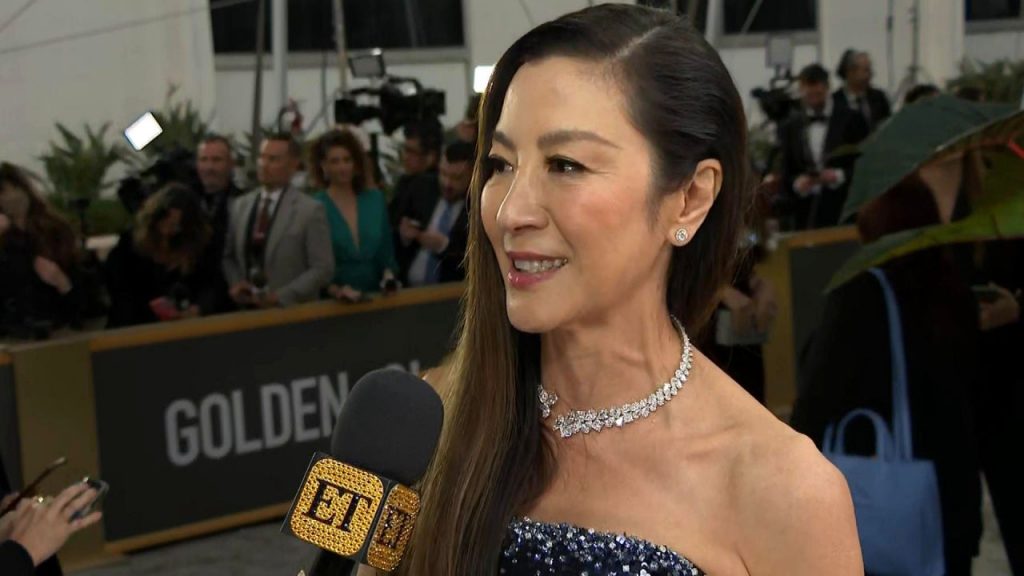 Michelle Yeoh is channeling her inner Lizzo, shouting out it’s about damn time at the the 2023 Golden Globes.

The 60-year-old actress spoke to ET’s Nischelle Turner on Tuesday at the Beverly Hilton Hotel in Beverly Hills and she couldn’t help but exclaim “It’s about time” when asked what it’s like for everyone to be basking in her glory following decades of work in Hollywood and finally being recognized with her first major award.

“It’s like, you know, you work and you work and you put your head down and you think it’s OK because you love what you’re doing and you’re giving your best and your working with people that you really, really enjoy, and they become like family and all this is not what you started off with and it’s OK, it’s OK,” the Everything Everywhere All at Once star exclaimed. “But, of course, when you look at your peers and you go like [sighs] and suddenly now — to be able to be getting understanding — what it feels like to really be seen, it does make a difference.”

Yeoh, who is nominated for Best Actress in a Motion Picture – Musical or Comedy, also spoke about the significance of representation in the industry.

“You know, when we talk about representation, it’s honestly about being included,” she said. “Inclusivity, honestly, being included and allowed to sit with the rest of us. I don’t believe I’ve done less so, but I need the opportunity, so thank you. Thank you to the [Everything Everywhere All at Once directors Daniel Kwan and Daniel Scheinert], thank you to [production company] A24, thank you to the people who believe this aging ordinary woman should be given the chance to play this superhero of a character.”

Margot Robbie Is Pretty in Pink at the 2023 Golden Globes