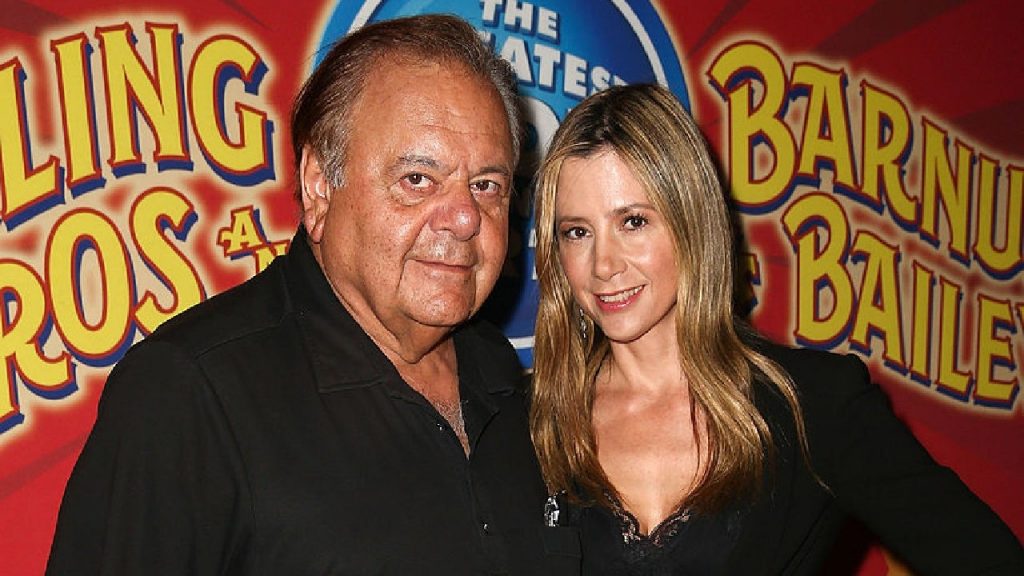 Mira Sorvino is mourning the loss of her father, Goodfellas actor Paul Sorvino. Mira took to Twitter to share a heartfelt message about her dad and what he meant to her, following news of his death Monday morning.

“My father the great Paul Sorvino has passed. My heart is rent asunder- a life of love and joy and wisdom with him is over,” Mira wrote. “He was the most wonderful father. I love him so much. I’m sending you love in the stars Dad as you ascend.”

On Instagram, Mira simply shared a blank, black image, with no caption to accompany it. Though the post did not say anything, friends, colleagues and fellow celebs took to the comments to send their condolences to Mira and her family, with Rosie O’Donnell writing, “love 2 u and ur family ?.”

Alec Baldwin also commented, writing, “Sending my heartfelt sympathies on the loss of your dad, the great Paul Sorvino,” while producer and podcast host Brett Gursky wrote, “So so sorry for your immeasurable loss. ???.”

In addition to Mira, Paul was also dad to Amanda and Michael, and had five grandchildren.

In a press release shared by Paul’s publicist, Roger Neal, it was announced that the actor died Monday morning with his wife, Dee Dee Sorvino, by his side. he was 83.

“Our hearts are broken, there will never be another Paul Sorvino, he was the love of my life, and one of the greatest performers to ever grace the screen and stage,” Dee Dee, who married Paul in 2014, said in a statement, through her late husband’s publicist.

Paul died from natural causes and had dealt with health issues over the past few years, according to the press release.

Born April 13, 1939 in Brooklyn, New York, Paul started his career as an advertising copywriter, before attending the American Musical and Dramatic Academy and deciding to go into theater. He made his Broadway debut in Bajour in 1964.

Six years later, he appeared in his first film, Where’s Poppa?. Throughout his career he appeared in such films as Goodfellas, Nixon, Dick Tracy, The Rocketeer, For the Love of Money, Reds, Oh God, and A Touch of Class, among many others.

Paul, an opera singer, writer, renowned sculptor and TV star, returned to Broadway throughout his career. He earned a Tony nomination for his performance in That Championship Season, and later reprised his role in a film version of the play.

Paul will be interred at Hollywood Forever Cemetery in Los Angeles, in the Garden of Legends, the same area as Rudolph Valentino, Mickey Rooney, and Burt Reynolds, among others.