Naomi Osaka Pregnant: What to Know About Her Boyfriend Cordae 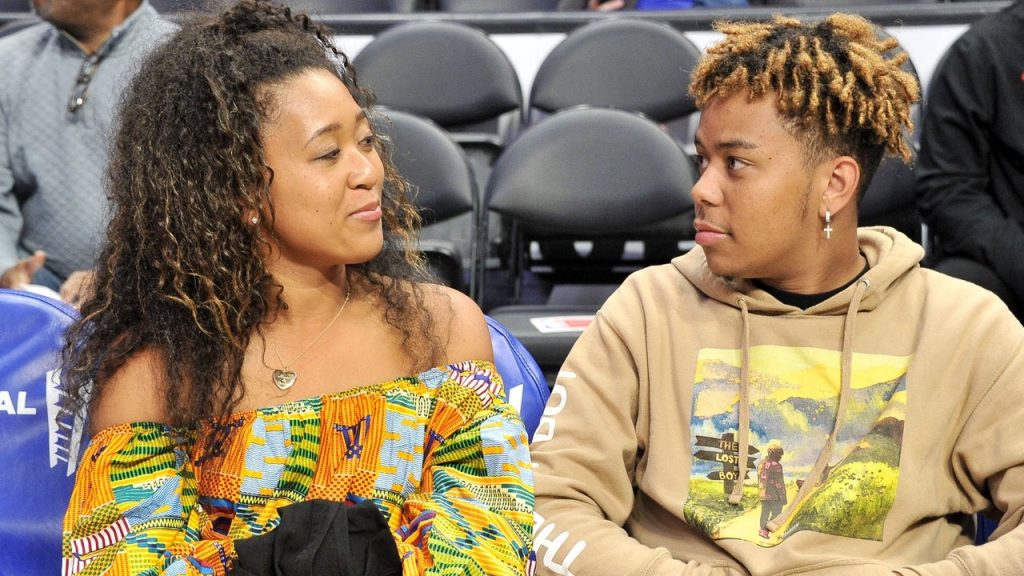 Naomi Osaka and her boyfriend, rapper Cordae, are expecting their first child together. The 25-year-old tennis superstar announced the news on Wednesday, much to the delight of her fans around the world.

But while the happy news drew a tsunami of congratulatory messages, some began to wonder: Who is Cordae?

On the heels of Osaka’s pregnancy news, ET takes a closer look at the 25-year-old rapper.

He was born Cordae Amari Dunston

Cordae was born in North Carolina but grew up in Maryland. During an appearance on The Tonight Show Starring Jimmy Fallon, it was revealed that, in a grade school yearbook, Cordae was voted most likely to become famous.

Fast forward to October 2020, the young rapper took to social media and took part in the “How It Started vs. How It’s Going” challenge. He posted that same grade school yearbook photo along with a photo of himself in the studio with Dr. Dre following a 16-hour studio session in 2018 for his freshman album, The Lost Boy.

Cordae, who said he put together his first rhyme when he was “4 or 5 years old and it was super G-rated,” would go on to join the YBN collective in 2018 before leaving the group two years later. The group collaborated with the likes of Machine Gun Kelly, Wiz Khalifa, Gucci Mane and Chris Brown for their one and only project, YBN: The Mixtape.

After leaving YBN, Cordae launched his own record label dubbed High Level. As for where the name came from, the rapper told Jimmy Fallon, “It’s a mantra, a way of life.”

“Everything I do, I must do it at a high level,” he added.

He went on an $80 million shopping spree (sort of)

While promoting his new album last year, Cordae took part in GQ‘s shopping spree segment, in which he’s given “an infinite amount of fake money to spend shopping online.”

The rapper dropped $80 million in fake dough, purchasing, among other things, sneakers. It was during that April 2020 appearance when he recalled meeting the late Kobe Bryant twice. Cordae recalled the first meeting, courtesy of former NFL star Colin Kaepernick introducing him to the late NBA legend.

The rapper recalls Kaepernick telling Bryant about Cordae having just been nominated for two GRAMMYs, and Cordae says he remembers telling Bryant he’s ready to bring home those GRAMMYs.

Cordae’s a big sneaker freak. Just one year prior, he went sneaker shopping (with real cash this time) with Complex.

He gave a powerful TED Talk

He told the audience about her having him when she was only 16 years old.

“She was a single mother with all the odds stacked against her,” he said. “We lived in some pretty terrible neighborhoods, man. I switched elementary schools about five different times. I remember one time her car was stolen twice in one week. She overcame circumstance, obstacles, her environment and negativity as I watched our living situation would continue to get better and better as the years went by. Now, that’s high level.”

During an appearance on The Tonight Show, Cordae recalled how his mother keeps him grounded amid the stardom.

“She’s not that impressed to be honest,” he said. “I go back home and I gotta wash the dishes, mow the lawn. For real, this is a real thing. I think that’s her way of saying, ‘Don’t have too much dip on your chip.'”

He met Osaka at a Clippers game

Cordae and Osaka took part in GQ Sports’ couples quiz, and it was then when the couple disclosed having met for the first time at a Los Angeles Clippers game. It was in that February 2021 Q&A sesh when fans learned she watched him perform for the first time at the Roxy in Hollywood before he dropped his first album.

Osaka revealed she hadn’t been to a lot of concerts prior to that and thought Cordae’s gig “was kind of cool.”

Cordae, whose first stage name was Entendre, also revealed that his most memorable date with Osaka was driving from New York to Rhode Island to visit his grandmother.

In his “Dream in Color” track off his 2021 EP, Just Until, Cordae gives his girlfriend a shout-out when he rapped, “My girl would forfeit a tennis match to meet my grandma / Man, she truly a keeper.”

Nikki Reed Is Pregnant, Expecting Baby No. 2 With Ian Somerhalder

Jessie J Is Pregnant After Suffering Miscarriage: ‘I Am so Happy’