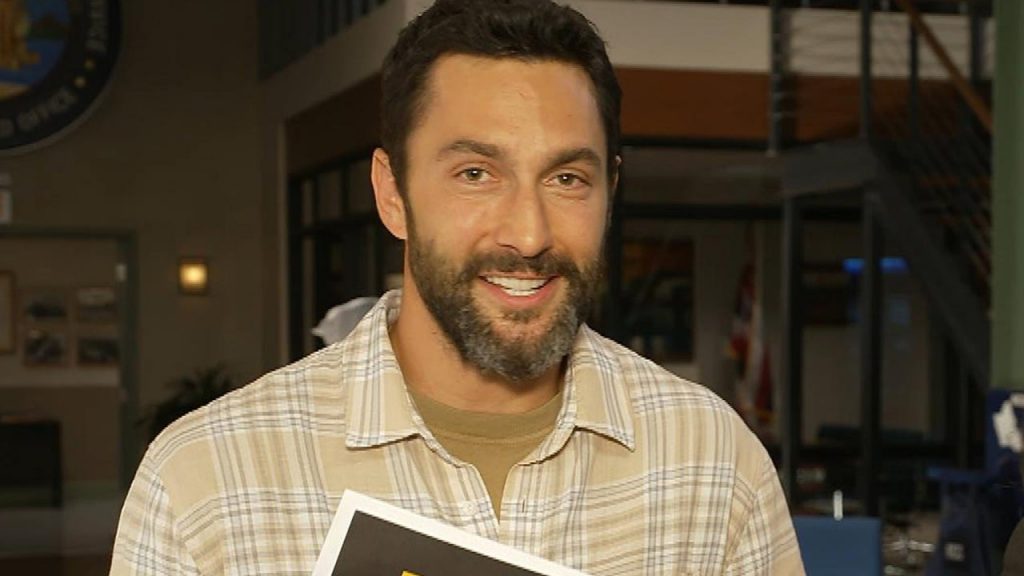 NCIS and NCIS: Hawaii kick off new seasons on Monday with a special crossover, and only ET was on the set of the upcoming premiere event. Hawaii star Noah Mills takes over the ET mic as he goes from actor to interviewer, chatting it up with the casts of both CBS dramas. The action kicks off on the season 20 premiere of NCIS, before concluding on the sophomore opener of Hawaii.

“You and Vanessa [Lachey] have known each other a long time, tell me something about her that you think might surprise her fans,” Mills asked NCIS star, Wilmer Valderrama.

“Honestly, I don’t know if the fans understand the amount of energy that she has and I think it’s a big testament to being a supermom. Nick [Lachey] is a badass and them together complement each other so well,” Valderrama praised.

Valderrama and Lachey have been friends for two decades, so it was like an old hat when he flew over to the set of Hawaii to film the two-hour crossover.

When the Hawaii cast members were asked a similar question about what they liked best about working with Valderrama for this episode, they all had equally glowing things to say about their NCIS cohort.

“I think he’s hilarious,” Yasmine Al-Bustami said, while co-star Jason Antoon joked, “I can just ask him about That ’70s Show.”

When it came time to show off the guns in a battle of who’s tougher — Lachey’s Jane Tennant or Valderrama’s Nick Torres — it was an impressive showdown.

“No, no, I could never,” Valderrama said, graciously acknowledging defeat as she egged him on. Finally, he complied and showed off his muscular strength.

But ask which NCIS team has the “most swag” and they’ll fight tooth and nail for their respective crews.

“Noah Mills. Y’all see his surfing episode?” Lachey promoted, before becoming the interviewer herself and asking Mills about his love life. When he began to say he was married with three kids, Lachey shut his response down, clarifying, “No, not your character!”

“Do you walk around in board shorts, shirtless?” Lachey later asked.

“I do,” Mills confirmed, explaining that it’s Hawaii.