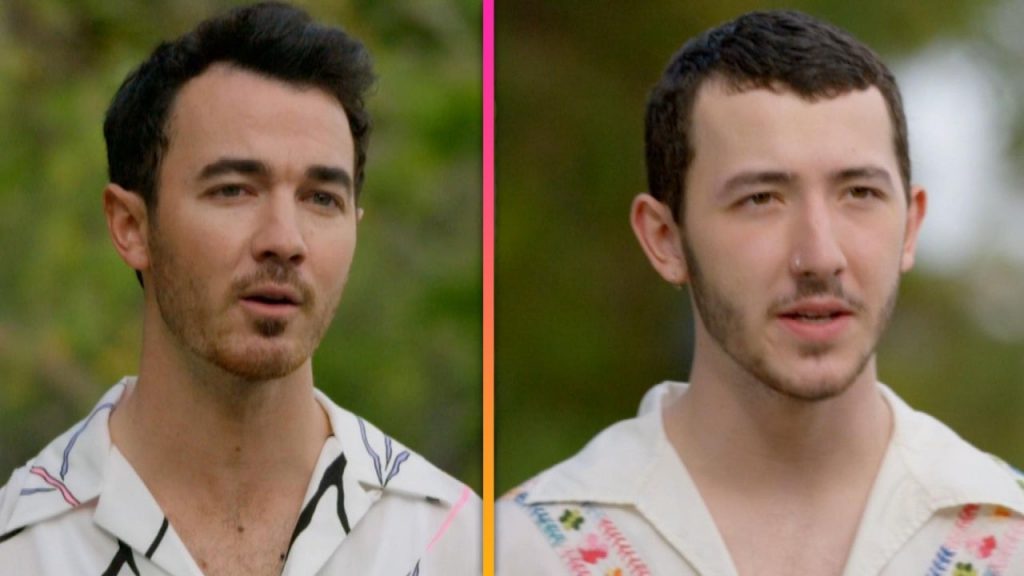 Pete Davidson Says His Big Goal Is Having a KID

Claim to Fame returns on Monday evening, and hosts Kevin and Frankie Jonas bring their A-game to a new house challenge, “Splash and Spell.” How do you play? ET has all the exclusive details.

“A spelling bee, with a twist,” Kevin tells the group. The Jonas siblings’ new reality show features a group of strangers, each related to a celebrity but tasked with concealing their identity with the hopes of winning a $100,000 prize. This week, the contestants team up to decode new clues by spelling them out on a board using letters that must be retrieved from a pool. With only 10 contestants remaining, the pressure to uncover new information is greater than ever before.

“I was the kid that they had to alter the spelling tests for,” Logan says in advance of the challenge. “Thank god that autocorrect is a thing,” he jokes.

“Every ball in the pool has a letter on it,” Kevin explains. “In the mailbox are 20 envelopes with words in them — real clues to the celebrity relatives.” Team members take turns retrieving letters to try and spell the clue.

“The first team to spell 10 words correctly wins,” Frankie says. One contestant will be sent home this week, and everyone is trying their hardest to ensure it’s not them.

Atop the poolside challenge, Kevin and Frankie are both enjoying just how immersive their competition show can be. “What’s so cool about it is the house that they’re in, everything is art directed,” Kevin said recently. “What that means is every picture, every statue, every coaster could be a clue to someone’s identity. So it’s kind of like, who has the best poker face?”

“It’s very murder mystery,” Frankie added. “Minus the murder, but plus the mystery.”

Claim to Fame airs on Mondays at 10 p.m. ET on ABC. Watch episodes on Hulu the day following their premieres.