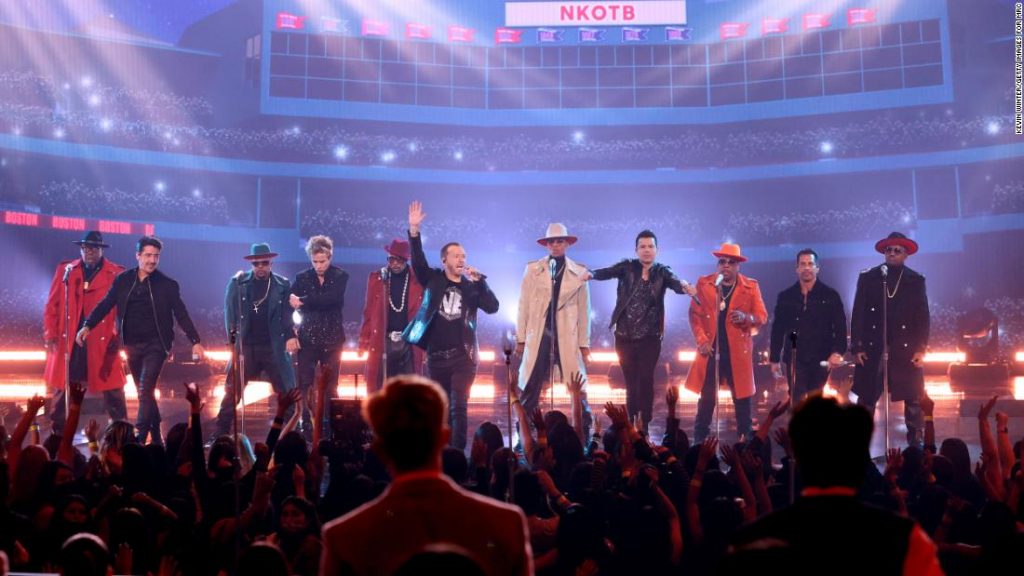 Share on facebook
Share on linkedin
Share on twitter
Share on email
New Edition and New Kids on the Block performed onstage together for the first time ever on the American Music Awards’ stage.
NKOTB, made up of brothers Jonathan Knight and Jordan Knight, along with Joey McIntyre, Donnie Wahlberg and Danny Wood, kicked it off with their 1988 hit “You Got It (The Right Stuff).”
The members of New Edition — Ricky Bell, Michael Bivins, Bobby Brown, Ronnie DeVoe, Johnny Gill and Ralph Tresvant — appeared next to perform their first hit, “Candy Girl,” from 1983.
Both groups then alternated on a medley of their most popular songs before NKOTB joined New Edition for the former’s choreograph heavy “If This Isn’t Love.”
Read More
NKOTB has paid homage to New Edition in the past. Maurice Starr, the producer who put New Edition on the map, brought the NKOTB together as a White counterpart to the Black boy band.
Wahlberg tweeted about the two groups coming together in November after it was announced that they would be performing on the American Music Awards.
“Ronnie, Bobby Ricky and Mike” plus Ralph, Johnny, Donnie, Jordan, Joey, Danny and Jon!, he tweeted. “#NewEdition & @NKOTB share the stage for the first time — EVER! It’s beyond a childhood dream come true.”
Both groups promoted that they are going on tour in 2022. New Edition will also have a residency in Las Vegas.