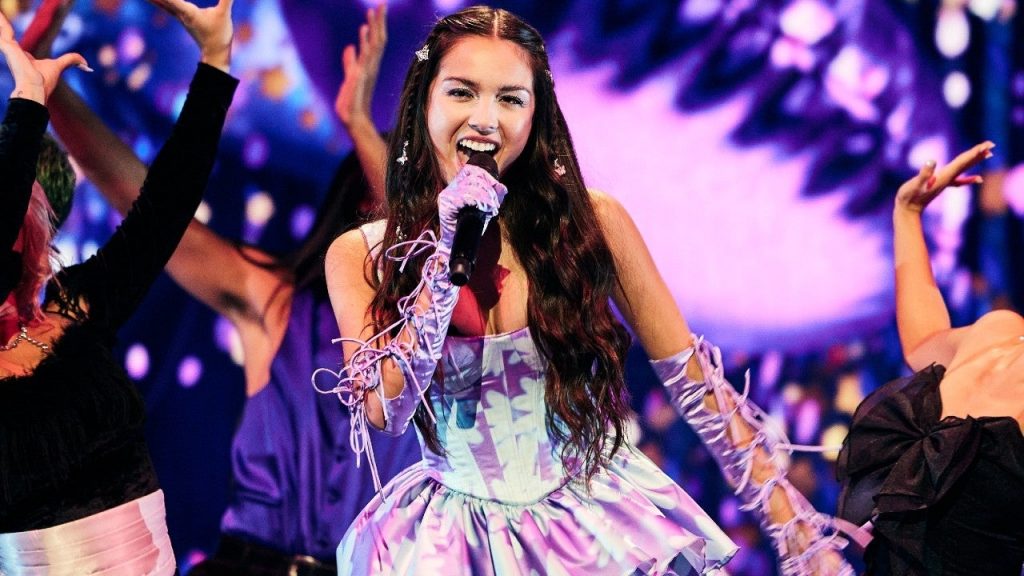 Doesn’t look like the 2022 GRAMMYs will be particularly brutal for Olivia Rodrigo. The 18-year-old “Drivers License” singer earned seven nominations on Tuesday in her first eligible GRAMMYs since the release of her debut album, Sour.

Rodrigo is nominated in many of the top categories, including Best New Artist, Album of the Year for Sour, Record of the Year, Song of the Year, and Best Pop Solo Performance for “drivers license,” as well as Best Pop Vocal Album and Best Music Video for “Good 4 U.”

Rodrigo is tied in nominations with Billie Eilish, who won the coveted Best New Artist award in 2020. Other top nominees this year include Jon Batiste with 11 nominations, and Justin Bieber, Doja Cat, and H.E.R. who all earned eight nominations.

It’s been a breakout year for Rodrigo, who prior to her debut album was best known for playing Nini on the Disney+ series High School Musical: The Musical: The Series. Her single, “Drivers License,” was released in January, debuting at No. 1 on the Billboard Hot 100 charts and breaking Spotify streaming records.

She’s since released Sour in May, performed on Saturday Night Live, and taken home many awards including three MTV Video Music Awards. Oh yeah, and she also graduated from high school.

The 64th Annual GRAMMY Awards will take place on Monday, January 31, 2022 at 8 p.m. ET / 5 p.m. PT and broadcast live on CBS. Follow along at ETonline.com for everything you need to get ready for GRAMMYs Monday, including how to watch, GRAMMYs performers and more.

PrevPreviousGRAMMYs 2022: Meet the Best New Artist Nominees
NextGRAMMYs 2022: Listen to the Album of the Year NomineesNext