On TV, the Black South is finally getting its due 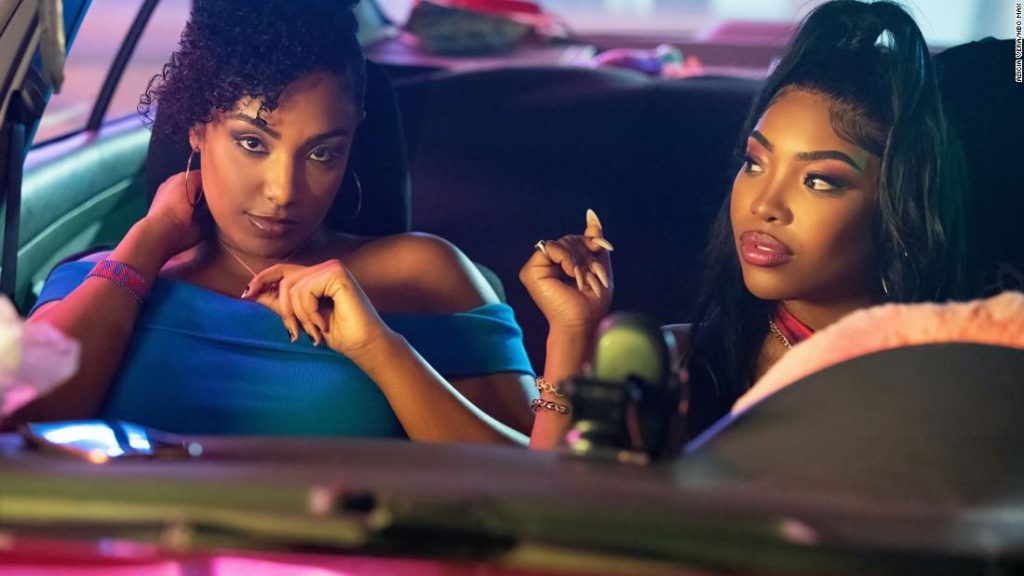 (CNN)For decades, the blueprint for a Black show has hit similar notes — a stable, middle class family based in New York or Los Angeles.

Advertisements
Of course, sometimes the family consisted of a group of friends, as seen on “Girlfriends.” And other times, the city was in the Midwest, as seen on “Family Matters” (Chicago) or “Martin” (Detroit).
But rarely did a mainstream show featuring Black people take place in the South. And rarely did they portray struggles outside the middle class existence.
A look around recent television offerings, though, points to something new. “P-Valley” on Starz, HBO Max’s “Rap Sh!t,” FX’s “Atlanta,” and OWN’s “Queen Sugar,” the latter two of which both began their final seasons this month, are some of the buzziest shows on TV.
Their characters are not doctors or lawyers — they’re strippers, rappers, farmers, or, simply put, hustlers. And the shows all take place in the South.
Read More

Southern stories are not new

Telling Southern stories, though, isn’t new. In some ways, television is simply following the lead of other spaces in culture, said Aisha Durham, a professor of communication who studies Black popular culture at the University of South Florida.
In music and film, the South has been portrayed for decades with nuance and intentionality, Durham said, referencing films like “Eve’s Bayou” and, more recently, “Moonlight” — both movies where the Southern setting, Louisiana and Miami respectively, play a crucial role.
At the same time, new sounds and music genres have emerged from the South, she explained, like trap. And artists like Beyonc? and Megan Thee Stallion have incorporated Southern Black aesthetics into their fashion and music videos.
“You have new bodies, new people, new experiences and I think it invites us to look at the South differently,” Durham said. “I would say that TV is almost, especially in terms of dramatic series, a little late.”
Alex Hibbert and Mahershala Ali in “Moonlight,” a 2016 film about a Black boy coming to terms with his sexuality in Miami.
The South has also been top of mind in other areas of our culture, often receiving national attention — as seen with this year’s runoff votes in Georgia.
For a long time, many people thought of Southern stories only in the context of the civil rights movement and segregation, Durham said. But the South is a bedrock of every aspect of American popular culture, she said. And now, many are looking back at the region and thinking of the other stories that can still be told.
“We’re now seeing some of the vividness and vibrancy that has always been a part of the South,” Durham said. “We have known that in the South, it’s just that everybody else is catching up.”

If there has been a shift, it’s been a business one, argued Tracey Salisbury, professor of ethnic studies at California State University, Bakersfield.
It’s not that perceptions of the South are changing, or have changed — but that the industry has shifted locales, Salisbury said, making Atlanta a major hub for entertainment rather than just New York or Los Angeles.
Tyler Perry, whose work is polarizing to some, has based his production studio in Atlanta, and has long set his film and shows in the South. He also has a partnership with the Oprah Winfrey Network, which produces “Queen Sugar.”
Nicco Annan, left, plays Uncle Clifford, the gender-nonconforming owner of the strip club, on “P-Valley.”
There are also simply more Black creatives who have a voice in television, Salisbury said, which allows for the telling of new and interesting stories.
“These stories have been present and these stories have been previously pitched, I just think now there’s a significant talent base and a significant audience … to drive Hollywood to support these stories,” she said.
Still, Salisbury is hesitant to call the uptick a trend. She pointed to Quinta Brunson, the creator of ABC’s hit show “Abbott Elementary,” about an elementary school in Philadelphia, as an example. Before “Abbott Elementary,” Brunson created comedy sketches on Instagram, eventually moving to BuzzFeed and YouTube, until she finally got a shot at a network show. Then, she knocked it out of the park, winning an Emmy for writing earlier this week.
Quinta Brunson created and stars in “Abbott Elementary,” a show about a low-income school in Philadelphia.
“I think that’s still what Black creatives have to do,” Salisbury said. “If you don’t knock it out of the park, you have to start all over again.”
In the past, Black shows like “The Cosby Show” and “The Fresh Prince of Bel-Air” were made for mainstream consumption, Salisbury said. Bill Cosby, at the time, was considered “America’s Dad,” not Black America’s dad.
The difference with these new shows lies in the intent: They are made by Black people, for Black people. Uncle Clifford, the nonbinary owner of the strip club in “P-Valley,” is not America’s Uncle, Salisbury said — but his grandmother reminds her of her own.

These series finally show the richness of the South

If most Black shows in the past took place outside of the South, these new shows then become a type of homegoing — back to the place where everything started, Salisbury said.
In other shows, these Southern characters may have been used as a joke. In the ’90s “Fresh Prince,” for example, Uncle Phil’s childhood on a farm in the Carolinas is viewed as almost a primitive existence compared to life in Bel-Air. But in these shows, the South and its characters refuse the bumpkin stereotypes and embrace all the aspects of the South.
Salisbury used “P-Valley,” which takes place in the fictional town of Chucalissa, Mississippi, as an example. From the fashion aesthetics of the show and its marijuana-infused wings to the very specific MemphisSsippi accents, the show is deeply rooted in the South — and even takes some hits at Black Southern religious traditions, Salisbury said.
But it’s done with respect, she noted. That’s why it works.
J. Alphonse Nicholson, center, plays Lil Murda in “P-Valley,” which takes place in the mythical town of Chucalissa, Mississippi.
“We’re not laughing at these people, we’re laughing with them,” she said.
New York City and Los Angeles are often already presented as cosmopolitan, diverse spaces on television. The South, though, is often seen as stuck in the past, Durham said, an already knowable space that lacks the diversity of other regions.
These shows reject those notions.
Durham used “Rap Sh!t” as an example.(HBO Max, which streams the show, and CNN share parent company Warner Bros. Discovery.) The characters in the show live in and around the Little Haiti neighborhood in Miami, she said, allowing for discussions of Caribbean and Haitian culture and of African Americans as an ethnicity alongside other ethnic Black people in the South.
“There are whole ways in which we are having to reimagine Blackness in the South,” Durham said.
Then there’s the question of class. In earlier periods of television, the assumed class was always middle. This newer crop of shows displays something different, Durham said, highlighting more economically vulnerable people simply trying to make it in the world.
Brian Tyree Henry stars as Paper Boi in “Atlanta.”
These characters are portrayed with depth and sincerity — the strippers in “P-Valley,” for instance, are not simply aesthetic bodies in a trap music video. Paper Boi from “Atlanta” and Shawna from “Rap Sh!t” are not simply rappers soundtracking the background. Audiences are instead invited inward.
“We’re actually invited to see what the experiences are of the people who produce the culture,” Durham said. “We love the culture but do we know these women and men? These shows give us a way to see that.”
These shows, then, challenge existing perceptions of the South — allowing for a layered and complex narrative of the region to form, Durham said.
As these shows point out: There are queer communities in the South. There’s sex work; there’s class struggle; there’s diversity; there’s joy. There are people, not simple caricatures, just trying to survive.