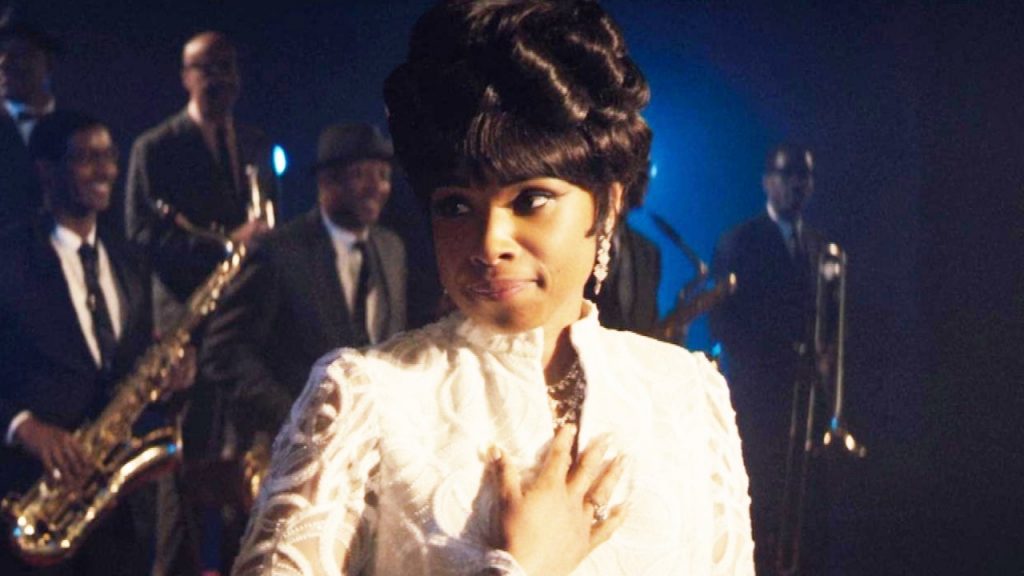 Jennifer Hudson is making the late Aretha Franklin proud! On Monday, it was announced that the Palm Springs International Film Awards will be honoring Hudson with the Chairman’s Award for her portrayal of Franklin in Respect.

“In Respect, Jennifer Hudson brings to life Aretha Franklin’s rise from childhood gospel singer to international star. Hudson transforms into the Queen of Soul singing her heart out in this legendary performance,” said Harold Matzner, Palm Springs International Film Festival chairman. “It is our honor to recognize Jennifer Hudson’s phenomenal acting and singing talents with the Chairman’s Award.”

Hudson, 40, was previously honored at the festival with the Breakthrough Performance Award in 2007 for her role in Dreamgirls. Past recipients of the Chairman’s Award include Amy Adams, Jessica Chastain, George Clooney, Tom Hanks, Nicole Kidman, Regina King, and many more.

Additionally, Penelope Cruz will be getting the recognition she deserves at the PSIFF. The 47-year-old actress will be the recipient of the International Star Award, Actress for her performance in Pedro Almodovar’s Parallel Mothers.

In Parallel Mothers, two women share a hospital room where they are going to give birth. Both are single and became pregnant by accident. Janis (Cruz), middle-aged, doesn’t regret it and she is exultant. The other, Ana (Milena Smit), an adolescent, is scared, repentant and traumatized.

“Penelope Cruz has collaborated with Pedro Almodovar on so many wonderful films, from Broken Embraces to Volver, and their partnership truly shines with her brilliant performance in Parallel Mothers, which has already earned international festival honors,” said Matzner. “She is an actress with immense depth and humanity, giving the world a tremendous body of work for three decades. For her poignant work in Parallel Mothers, it is our honor to present the International Star Award, Actress to Penelope Cruz.”

On top of Hudson and Cruz, Kristen Stewart is also being honored with the Spotlight Award, Actress award at PSIFF for her portrayal of the late Princess Diana in Spencer.

“It is always a challenge to portray a real-life figure, especially one so beloved as Princess Diana, yet Kristen Stewart does a fantastic job in Spencer,” said Matzner. “She completely disappears into this iconic role, authentically adopting Diana’s mannerisms, accent and demeanor with real emotional depth. For this career-best performance, it is our honor to present the Spotlight Award, Actress to Kristen Stewart.”

Past recipients of the Spotlight Award, Actress include Amy Adams, Jessica Chastain, Helen Hunt, Allison Janney, Rooney Mara, Julia Roberts and Yuh-Jung Youn, all seven of which received Academy Award nominations in the year they were honored, with Janney and Youn winning an Oscar for Best Supporting Actress.

The PSIFF, presented by American Express and sponsored by Entertainment Tonight, will take place in-person from Jan. 6, 2022 through Jan. 17, 2022 at the Palm Springs Convention Center.

In the meantime, check out ET’s exclusive interview with Stewart, where she discusses what it was like to portray the Princess of Wales.