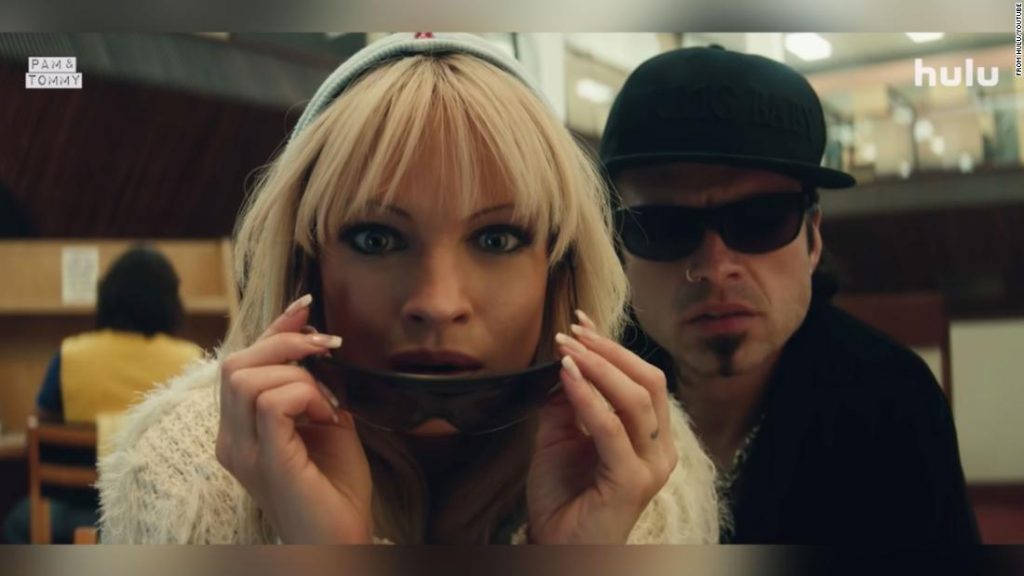 Share on facebook
Share on linkedin
Share on twitter
Share on email
Lily James and Sebastian Stan star as the formerly married couple in “Pam & Tommy.”
In the trailer which debuted Wednesday, Seth Rogen stars as the electrician who stole a sex tape from the home of Lee, who came to fame as the drummer for the heavy metal band Motley Crue and Anderson, who became famous as one of the stars of “Baywatch.”
“Every second that passes, this tape could be spreading,” James as a worried Anderson says in the trailer.
“Baby, we will get it back,” Stan as Lee replies.
Read More
They did not get it back and the erotic footage of the pair became a part of the pop culture zeitgeist.
“Pam & Tommy debuts on Hulu February 2.