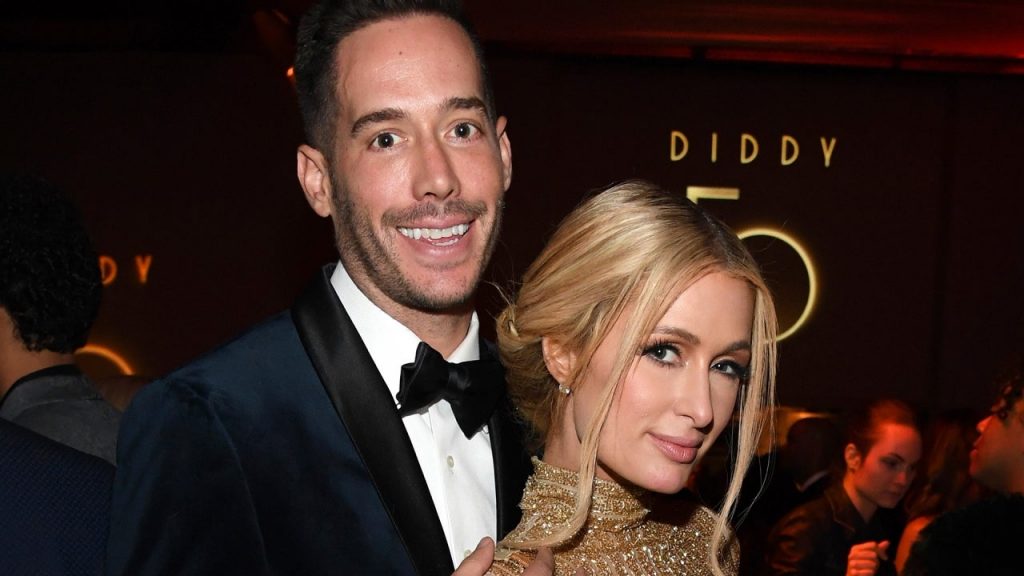 Paris Hilton and Carter Reum were on the same page.

The couple got married last week, and shortly after their celebrations, news broke that the businessman had a 9-year-old child with another woman. A source tells ET that the hotel heiress knew about her husband’s love child, but their friends might not have known.

“Carter shares a 9-year-old daughter with Laura Bellizzi. Paris knew about the daughter, but some of Paris and Carter’s friends did not,” the source tells ET. “Many people close to them have been nervous to ask more about the situation, especially with the timing of the news coming out.”

On Monday,PageSix reported news of the never-before-revealed child, adding that while Reum does not have a traditional relationship with the little girl, he “has provided for her since she was born.” Reum and Hilton have not publicly spoken about the news.

Hilton and Reum got married at her late grandfather’s Bel Air estate on Nov. 11. The 250-guest wedding included their closest family and friends, including Kim Kardashian, Nicole Richie, Demi Lovato and many more. Celebrations continued throughout the weekend, with a private carnival party on the Santa Monica Pier on Friday and another second star-studded reception on Saturday.

Another source previously told ET, that the newlyweds were “absolutely exhausted from the weekend festivities and barely have voices, but they both had the best time and the celebrations were everything they could have asked for.”

“They’re so happy and excited that they are finally married and can’t wait for this new adventure together,” the source continued. “Saturday’s party was bigger than Thursday’s event, but still intimate. It was held at a gorgeous estate and every type of food you could imagine was there including caviar, sushi, pasta, pizza, etc.”

“A bunch of cast members from The Real Housewives were in attendance and various guests made speeches. Paris and Carter are over the moon,” the source added.

The lavish celebrations were filmed as part of Hilton’s new reality docuseries, Paris in Love.

Meanwhile, Hilton’s mother, Kathy Hilton, told ET ahead of the wedding that the family planned on going on a week-long trip together before the new husband and wife embarked on their honeymoon.

“We are taking a family trip for a week and then they go off on their honeymoon,” Kathy shared, before praising her new son-in-law.

“He is so kind. He treats her like a lady. He’s just wonderful. He’s upbeat… His family’s wonderful… We’re a very big, happy family,” she gushed, describing the couple’s future plans, which includes three to four children.”She’s ready to settle down, and be married, and have a partner, and start a family as soon as they’re able to.”

For more on Hilton and Reum’s wedding festivities, see below.