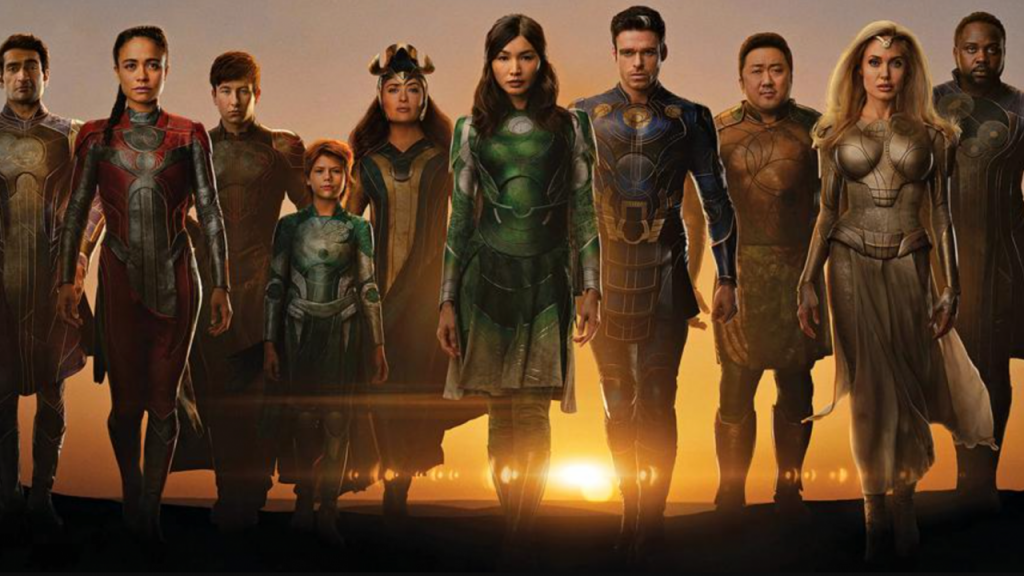 Did Patton Oswalt spill the beans on an unannounced Eternals sequel? The actor and comedian was a guest on the Today show on Tuesday, promoting his new film, I Love My Dad, when he was asked about possibly reprising his latest character in the MCU, Pip the Troll, who appeared alongside Harry Styles’ Eros in an Eternals post-credits scene.

“They have announced there’s going to be an Eternals sequel, Chloe Zhao is going to direct it,” he shared. “So hopefully there will be more adventures of Starfox and Pip.”

An Eternals sequel was not part of Marvel’s recent Hall H announcements at San Diego Comic-Con — which included everything from a Phase 5 timeline to the news that Phase 6 will include a new Fantastic 4 film as well as two new Avengers epics. However, fans have speculated that even more MCU announcements could be on the way at Disney’s upcoming D23 Expo in early September.

What we know so far about the MCU’s take on Eros comes mainly from Pip’s post-credits introduction, who shared with Thena (Angelina Jolie), Druig (Barry Keoghan) and Makkari (Lauren Ridloff) that he was the hero known as Starfox, the brother of Thanos, the “Knave of Hearts,” and the defeater of Black Roger.

In the scene, Styles’ character takes a moment to compliment Thena’s legendary beauty before issuing an ominous warning about Sersi (Gemma Chan) and the others, who have been summoned before Arishem for judgment over the group’s decision to kill the newborn Celestial, Tiamut,

“Your friends are in big trouble,” Eros tells the group. “And we know where to find them.”

It seems Marvel fans will have to wait and see how the proclamation plays out — the credits also promised that “The Eternals will return,” but nothing’s set in stone until an official announcement is made.

“Harry as Eros was very much a package deal for me,” Zhao told Deadline following the big reveal. “I pitched the idea of Pip the Troll and Eros to Kevin [Feige] awhile back and I love the idea of exploring an Eternal who is beyond Titan and who may have influenced Thanos throughout the years the same way Eternals influenced us, earthlings.”

“And then, it wasn’t like I suggested Eros, and let’s go find actors. I kept tabs on Harry since Dunkirk, I thought he was very interesting,” she added. “After meeting him I realized he is that character–the same way I cast the rest of my cast. There’s so much of Eros in him. For me, if he says yes and Kevin [Feige] says yes then it’s a go. And I’m very happy they both did.”

ET spoke with Feige about Styles’ potential future in the MCU at the premiere of Spider-Man: No Way Home in December.

See more from the Marvel mastermind in the video below!

What ‘Eternals’ Means for the Future of the MCU