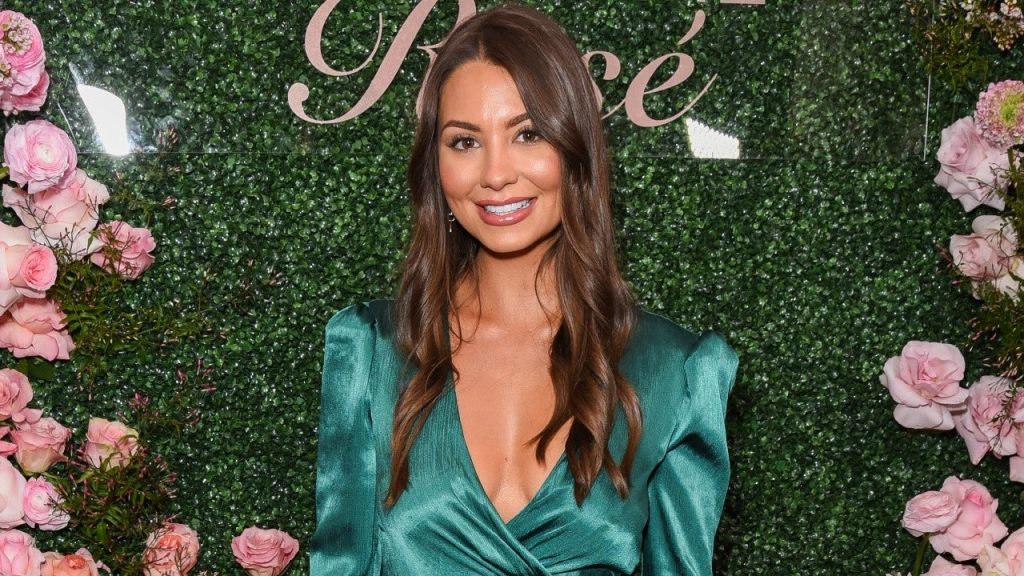 Kelley Flanagan is reacting to some news about her ex. After Peter Weber and Hannah Brown both confirmed that they slept together when his season of The Bachelor was airing, Kelley took to her Instagram Story to seemingly poke fun at the news.

The former Bachelor contestant shared a pic of herself holding up a peace sign and making a kissing face for the camera.

“Damn, looks like I needs [sic] to write a book,” she quipped alongside the pic, seemingly alluding to Hannah’s upcoming memoir, God Bless This Mess.

Peter broke up with Kelley on his season of The Bachelor before the hometown dates. Later, after things didn’t work out with Peter’s winner, Hannah Ann Sluss, or runner-up, Madison Prewett, he reconnected with Kelley.

In May 2020, Peter confirmed their relationship on Instagram. Then on New Year’s Eve he announced their split, which Kelley called him out for later. Peter, in turn, criticized her for sharing details about their relationship publicly.

As for Hannah, she first met Peter when she was leading The Bachelorette. She sent him home just before the finale, and got engaged to Jed Wyatt. That relationship ended, and it didn’t end up working out with her runner-up, Tyler Cameron, either.

Then, Peter became the Bachelor. Hannah appeared on his season twice, once during the premiere to wish him well, and again to host one of his group dates. It was during that second appearance that Peter offered to quit the show for her.

Eventually, his season wrapped filming, and his relationship with Hannah Ann was quick to fizzle. Then, as his season of The Bachelor was airing, Peter got invited to Dylan Barbour and Hannah Godwin’s engagement party, and was eager to go when he learned Hannah Brown was going to be in attendance.

“I see Hannah Brown walk in. She’s got this beautiful dress on. The first thing you see is that big, beautiful smile. I was like, ‘Phew. Alright. How is this gonna go?'” Peter recalled on his Bachelors in the City podcast. “… We end up chatting or whatnot. We have to do this in secret, because no one can know about anything.”

Peter left the party, but soon circled back for Hannah. The pair had “a good talk” on the drive and eventually ended up at Peter’s house, where they slept together.

“The chemistry just wasn’t there,” Hannah told People of the encounter, a statement that Peter agreed with.

“It just really wasn’t fully there, I guess,” he said. “I agree with what she said. It wasn’t the same as we originally felt, but nonetheless it was great to talk.”

Afterwards, Hannah found out that Peter “had another girl on his mind.” That girl was Madison, who he went on to briefly date after his season finished airing, and before getting together with Kelley.

“Things might not have turned out the way I expected, but I try to learn from every moment,” Hannah said. “I don’t wish ill on anybody. And I’m in a really good place.”