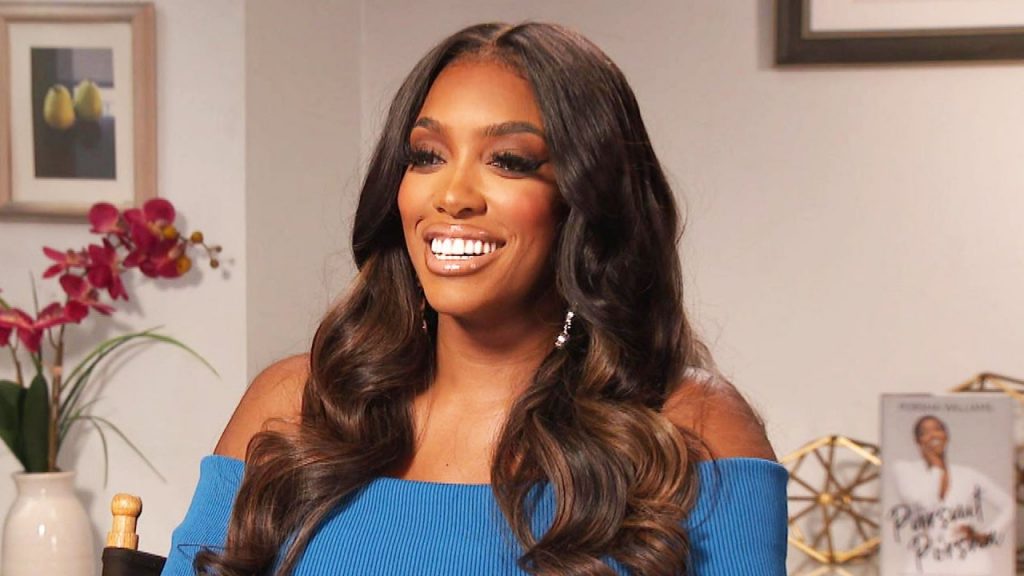 Porsha Williams isn’t ruling out a return to The Real Housewives of Atlanta. While the reality TV star is busy with her Bravo spinoff series, Porsha’s Family Matters, and a brand-new book, Porsha told ET’s Nischelle Turner that she isn’t saying never to going back to the show that started it all.

“The door is not bolted, there is no bolt on it,” Porsha said after revealing that there’s a possibility of her returning to RHOA to Andy Cohen on Sunday night’s Watch What Happens Live.

She continued, “It is definitely locked, but it’s not bolted. If you put a bolt on it, it’s over.”

While Porsha isn’t returning to the series for its upcoming season, she still is close to some of the ladies on the show, including Kandi Burruss.

“Kandi and I, we still talk,” she shared. “She’s been very supportive of me, no matter what. I love people like that, no matter what, and we respect each other as entertainers, businesswomen and mothers.”

While she had several reasons for stepping away from the show, one of the main reasons, was to focus on her 2-year-old daughter, Pilar, whom she shares with her ex, Dennis McKinley.

“I had started preparing to semi-retire at 40, about two to three years ago,” she explained. “I have a great finance team. I have a great manager, and once I had my daughter, I knew I wanted to spend more time with her.”

She continued, “I had made this decision right after the reunion [and] had let everyone know around that time. Of course no one wanted to hear it, but I had already made that decision prior to getting with Simon, but of course when you break the internet like this, everybody’s going to want to know what the other girls have to say and what that’s going to look like. So of course, I get that everyone thinks that that goes together, but it’s actually not.”

And Porsha’s engagement to Simon Guobadia did exactly that, with fans questioning the timeline of their romance amid Simon’s split from RHOA friend to the show, Falynn Guobadia.

“The biggest misconception is that someone would have done something to hurt someone,” Porsha shared. “Or that someone was obligated to something else, and anything was broken. I mean, this is just a story of adults making adult decisions for themselves.”

While Porsha says she did intend to be friends with Falynn while on RHOA, their friendship didn’t progress beyond Falynn being introduced as Porsha’s friend on the show.

“It’s a common practice that if you’re bringing someone new in, they have to be introduced by someone,” she explained.

It wasn’t too long after the show aired that Porsha and Simon’s relationship began to take off and internet speculation began to rise, but Porsha says the pair was simply at the “same place” at the “same time.”

“I met a man who was at the same place that I was, at the same time,” she said. “Mentally, spiritually and in love. “You have to think about, for me to get to a place to walk away from The Real Housewives of Atlanta, to walk away from Dish, put Porsha first and really concentrate on what I want to do and my purpose, faith walk, when you meet someone else at that exact same place, it’s a powerful force. So as soon as we started talking, and you’re talking to a man who has done 175 hours of therapy and has truly looked at all his mistakes and had turned around to be for the better. When you meet someone in that space, you are going to be in like company.”

Porsha’s new book, Pursuit of Porsha is out Tuesday, and her spinoff series, Porsha’s Family Matters, airs Sundays at 8:00 p.m. on Bravo.

Tune in to tonight’s episode of Entertainment Tonight for more of ET’s interview with Porsha.

PrevPreviousStreaming Device Cyber Monday Deals at Amazon: Roku, Fire TV, and More
NextGeorge Clooney Talks Accountability In Hollywood and Why People ‘Can’t Get Away With Being a D**k Anymore’Next