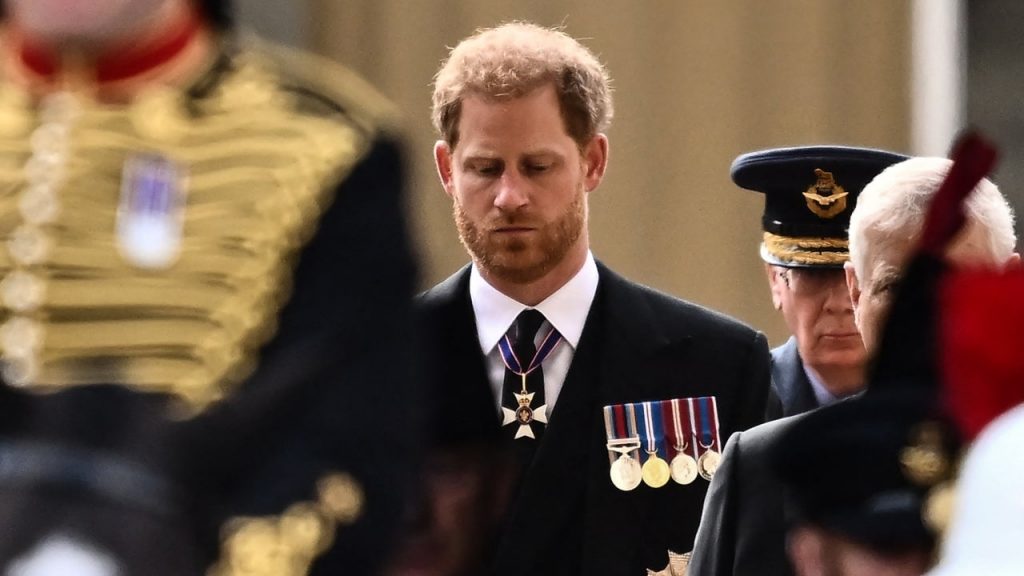 Drake Milligan Reacts to ‘Sounds Like Something I’d Do’ Performa…

A source close to the royal family tells ET, Palace officials have informed Harry he can wear his military uniform at the Vigil on Saturday at Westminster Hall. The source added that “it was a decision made without Prince Harry requesting a change.” It’s unclear if this is a one-time permission or if Harry will get to wear his military uniform at Monday’s state funeral.

Harry’s decorated career in the British Army includes two tours in Afghanistan after serving for a decade. He rose to the rank of captain and, after his time in the military, worked tirelessly on behalf of wounded veterans.

According to reports, Queen Elizabeth‘s eight grandchildren — including Harry and Prince William — are set to stand Saturday for a 15-minute moment silence alongside the late queen’s coffin.

As many around the world recently witnessed, Harry was not only not allowed to wear his military uniform after Elizabeth’s coffin was taken from Buckingham Palace for a procession through the streets of London before arriving at Westminster Hall, he also wasn’t allowed to salute the coffin, either. He was seen bowing his head while King Charles III, Prince William and others saluted the coffin.

On Tuesday, a spokesperson for the Duke of Sussex released a statement to royal reporters about Harry’s reaction to not being allowed to wear his uniform despite his decade of service.

“Prince Harry, The Duke of Sussex, will wear a mourning suit throughout events honoring his grandmother,” the statement read. “His decade of military service is not determined by the uniform he wears, and we respectfully ask that focus remain on the life and legacy of Her Majesty Queen Elizabeth II.”

The news that he’ll get to wear his uniform Saturday came on the same day Harry turned 38. A source close to the royal family told ET that the family is in a one-month period of mourning and Harry is not expected to do anything to mark the day, except spend it privately.

Her Majesty died one week before Harry’s birthday, and since then, a number of events have taken place and will continue taking place, culminating with Elizabeth’s state funeral scheduled for Monday at 6 a.m. ET.

PrevPreviousPat Sajak Reflects on Hosting ‘Wheel of Fortune’ for 40 Years: ‘The End Is Near’ (Exclusive)
NextNaomi Ackie transforms into Whitney Houston in ‘I Wanna Dance with Somebody’ trailerNext