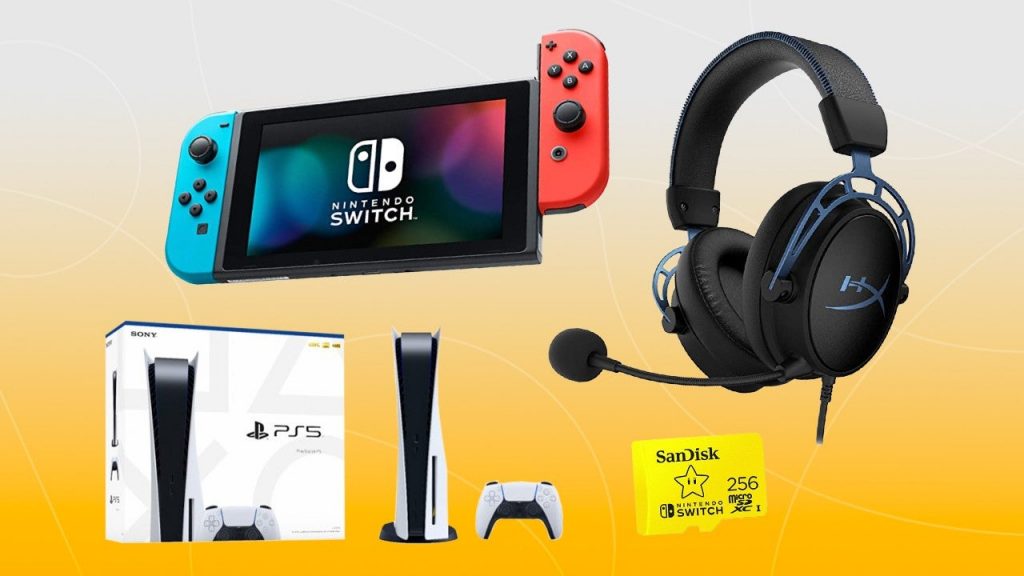 You’ve probably heard this already, but it’s important enough to repeat: You’ll want to start your holiday shopping early this year. Between supply chain issues and shifting holiday shipping deadlines, if you don’t get those hard-to-find gifts early this year, you run the risk of not being able to find the best gifts to give at the prices you want this holiday.

That’s especially true when it comes to the Sony PlayStation 5, one of this year’s hottest gaming systems. Though it was released more than a year ago, the new console remains in incredibly short supply. And the new Nintendo Switch OLED Model sold out almost immediately when it was released back in October.

But there’s good news — if you really want to put these gaming consoles under the Christmas tree this year, there’s a way to do it. Walmart is set to restock the PS5 and the Xbox Series X today, Nov. 22, as part of the third drop of their Black Friday “Deals for Days” event. As long as you’re a paid Walmart Plus subscriber, you will be able to get in line starting at 4 p.m. ET (1 p.m. PT) for a chance to get your hands on these popular gaming consoles. Shoppers can’t use the free trial to get access to the restock event — so be sure you have a paid subscription.

Give the gift of gaming this holiday season with the Sony PS5 Video Game Console. Paid Walmart Plus subscribers will be able to get in line for this gaming systems beginning at 4 p.m. ET (1 p.m. PT) on Nov. 22.

Gaming consoles like the Xbox Series X Video Game Console are some of the biggest hot ticket items this shopping season. Score one for only $499 at Walmart’s Black Friday “Deals for Days” event.

We’ve also found this year’s hottest gaming consoles available on third-party resale site StockX. You’ll pay a premium over the PS5’s $500 suggested retail price to get one, but it’s the most cost effective way we’ve found to guarantee a PS5 console under the Christmas tree this year. Plus, with links to Amazon below, you can also check their PS5 stock with a quick click or tap — you never know when you might get lucky with a random restock.

In addition to this year’s hottest consoles, we’ve found a selection of other great gifts — some on sale now! — that any gamer on your list is sure to love, from high-quality gaming headphones to the gear they need to become the next Twitch streaming superstar.

Here are ten gaming-focused holiday gifts they’re sure to love.

The Xbox Series S is currently in stock at Amazon. For the best gaming, pair it with an Xbox Game Pass Ultimate subscription.

The great thing about the Nintendo Switch is that it’s a console that doubles as a portable system. You can start a round of ‘Mario Kart 8 Deluxe’ on the living room TV, and then finish it on the plane ride to see the family for the holidays. Very cool.

The Sony PlayStation 5 retails for $499, but finding it in stores that price is a serious challenge. If you’re determined to pay no more than list price, you’ll want to hit the “check stock now” button below to try your luck in catching a random restock. Or, you can pick up a PS5 from resale site StockX — they’re available to buy today, but you’ll pay a premium.

Like the PS5, the next-generation Xbox Series X console (with reverse compatibility, a 1TB SSD and 4K resolution) is in seriously short supply. Again, your choices are to try and get lucky with a restock, or to pick up the console at a premium on StockX.

If you’re serious about multiplayer gaming, a quality set of headphones is a must. This highly-reviewed headset from HyperX has great 7.1 surround sound, memory foam ear cushions for a comfortable fit and a detachable mic. Plus, this gift is compatible with all the major gaming systems.

Want to make the gift of a Nintendo Switch even more memorable for your loved ones? Upgrade to a collectible Switch, such as this Animal Crossing: New Horizons Edition, for the same price. Just sure to pick up a copy of the game too while you’re at it — it’s not included!

If you know someone who is interested in streaming on Twitch, check out the Elgato Game Capture HD60 S+. This unique gift allows them to record gameplay footage from their favorite console on their PC, and stream their gameplay live online with 2160p60 passthrough resolution.

You’ll want to pick up a microSDXC memory card for that new Switch to take advantage of all the great indie games available for download on the Nintendo eShop. This Nintendo-branded, 256GB card is large enough to hold tons of games, but not too big that it breaks the bank.

If you’re gifting a PS5, you’ll want to add-on a one-year membership to PlayStation Plus: It’ll let them play online with friends and loved ones, while also giving them access to new free games to play every month.

These days, anyone can download games directly to their consoles. It’s convenient, but there’s a drawback: PlayStation games tend to be huge, meaning you can only fit a limited number on a single console. This large, 4TB external hard drive solves that problem.

The PlayStation, Xbox and Switch don’t just play video games — all of these consoles can stream shows and movies as well. We recommend a gift card to the streaming service Hulu so they can watch their favorite shows without a cable subscription.

Everything Your Teen Wants for Christmas, According to TikTok

Best Funko Pop! Toys to Give as Gifts for the Holidays

PrevPreviousKhloe Kardashian’s Good American Black Friday Sale: Save an Extra 25% on Everything
NextThe Perfect Pot Is On Sale For the First Time Ever Ahead of Black Friday 2021Next