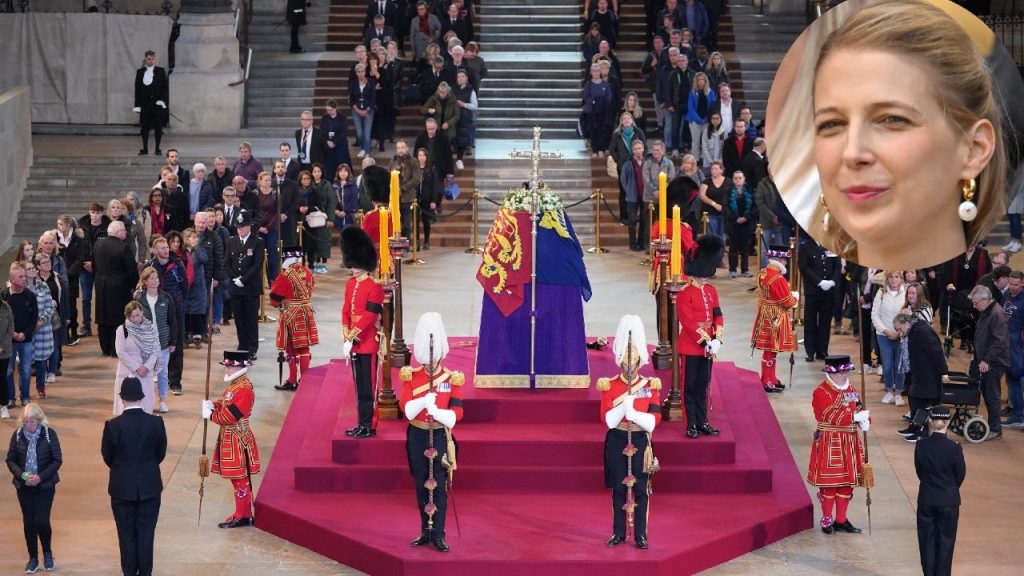 It has been a somber few days in London, England, ahead of Queen Elizabeth II‘s planned funeral. The body of the late British monarch is currently lying-in-state at Westminster Hall as members of the public are queuing up for hours for a chance to see Her Majesty’s coffin before Monday’s funeral.

But two dramatic instances have taken place amid the events surrounding the queen’s death. As the queen’s coffin arrived in Westminster earlier this week, the queen’s 41-year-old cousin, Lady Gabriella Windsor, appeared to collapse. She was photographed leaving arm-in-arm with her husband after the incident.

Then on Wednesday, one of the guards helping to keep a 24-hour watch on the coffin, fell forward, fainting onto the ground as other guards rushed to his side.

On Friday morning local time, it was announced that no new members of the public were currently being allowed into the official queue to view Her Majesty’s coffin. According to the BBC, the line is currently expected to take 14 hours to reach Westminster.

All four of Elizabeth’s children — King Charles III, Princess Anne, Prince Andrew, and Prince Edward — as well as grandsons Prince William and Prince Harry are expected to take turns standing guard at her coffin on Friday and Saturday.

On Monday, the State Funeral Service will take place. The queen’s coffin will then travel in procession from Westminster Abbey to Wellington Arch. From Wellington Arch, the coffin will travel to Windsor and once there, the State Hearse will travel in procession to St. George’s Chapel, Windsor Castle via the Long Walk. A Committal Service will then take place in St George’s Chapel, the queen’s final resting place.

For more on Her Majesty’s death, and Queen Elizabeth II’s funeral check out ET’s ongoing coverage.

Queen Elizabeth II Funeral: A Guide to Every Event