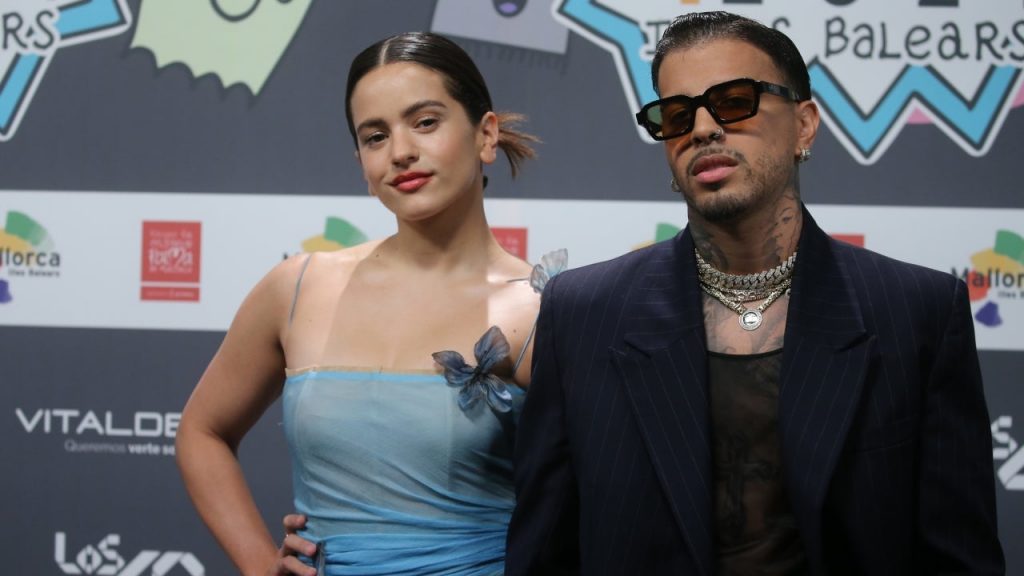 Rauw Alejandro and Rosalia are the new relationship goals.

The couple recently became Instagram official and made their red carpet debut together earlier this month. While chatting with ET’s Denny Directo last week, the 28-year-old Puerto Rican singer praised his lady love.

While on the red carpet, he expressed how “grateful” he was to be recognized by the Recording Academy, also adding, “‘Todo de Ti’ was huge this year…I’m blessed.”

“It was really fun. I’m a big fan of that epoca, ’80s vibes, ’70s,” he said. “And trying to do something different for the culture, for us the Latin community. I’m a big fan of the Roll Bounce movie. So I get inspired by that, we put Shaq on it. He killed it. We just having fun.”

Rauw and Rosalia made their relationship public in September, after first sparking romance rumors in August. And earlier this month, they shared flirty and PDA-filed photos from their beach-side vacation after celebrating Halloween together.

Meanwhile, after winning his first Latin GRAMMY, the “Malamente” singer celebrated her beau’s win by writing, “Oleeeeeeeeee,” on his Instagram post.