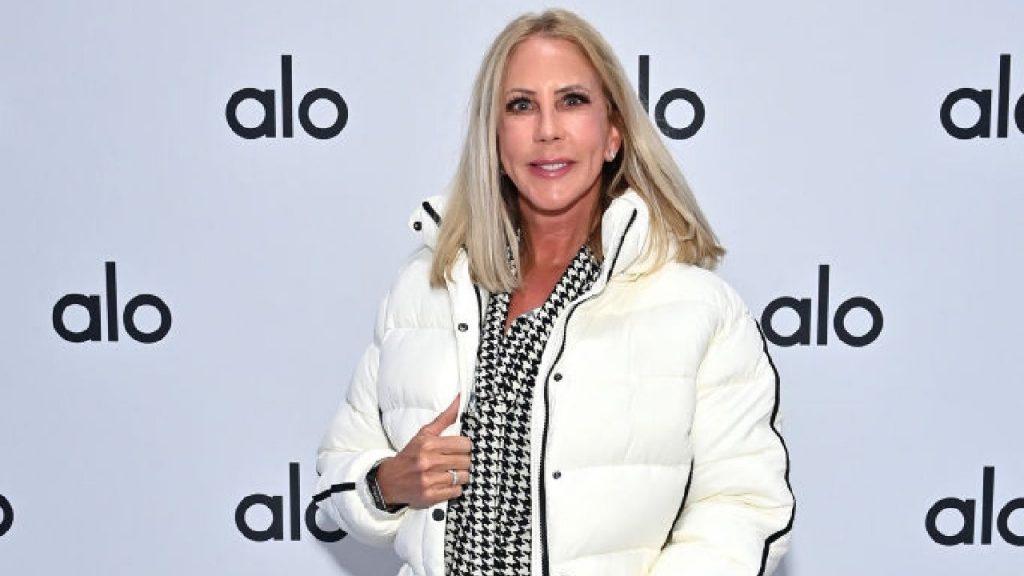 Vicki Gunvalson is getting candid about her recent battle with cancer. During a new episode of Jeff Lewis’ SiriusXM show, Jeff Lewis Live, the former Real Housewives of Orange County star revealed that she had undergone a hysterectomy.

“I had cancer! I just had my whole f***ing uterus taken out,” Gunvalson, who was joined on show by fellow RHOC alum, Tamra Judge, told Lewis.

The health update came after Gunvalson opened up about her relationship with her ex, Brooks Ayers, who claimed to have been battling cancer while dating the reality TV star.

In 2016, Ayers admitted to forging medical records to make it appear as though he had been a patient at cancer hospital City of Hope. Ayers maintains that he was diagnosed with stage 3 non-Hodgkin lymphoma in 2013. Gunvalson is still dealing with the fallout from the controversy and is currently suing Ayers for hundreds of thousands of dollars in unpaid loans.

Gunvalson continued, “It made me absolutely crazy thinking about anybody thinking that I would do that to somebody when so many people have suffered from cancer.”

While she didn’t say much else about her cancer battle during the show, the 59-year-old insurance agent did share an official statement about her two-year battle with uterine cancer in a statement to Celebuzz! on Monday.

“I was diagnosed with uterine cancer almost 2 years ago, and I did share it on Jeff Lewis’s Podcast when I appeared last week,” she told the outlet. “Due to the diagnosis, I had to undergo a non-elective full hysterectomy. I was fortunate to catch it early thanks to always adhering to my annual exam schedule.”

Gunvalson went on to say that she shared her diagnosis in an effort to encourage women to get their annual checkup, as she had no symptoms of the disease herself.

With the Bravo star’s health update and her split from her fiance, Steve Lodge in September, Gunvalson admitted that she was going through a “tough time.”

“I’m going through a f***ing tough time right now, I don’t need anybody bringing me down,” she maintained.

She confirmed the news of their split on Instagram that same month, in what appeared to be an amicable breakup, despite cheating allegations Gunvalson later leveled against Lodge.

Following Gunvalson’s post, a source told ET that her breakup with Lodge “was hard but totally amicable.”

“Their time together just ran out. There were always parts of their lives that just didn’t work 100 percent,” the source said. “There’s no scandal involved here, and so much of what’s been reported about the split is not true. They didn’t have any blowout fights and remain respectful of one another.”

For more on the former housewife, watch the video below.

Kelly Dodd and Vicki Gunvalson Reconcile After Years of Feuding